After we got used to some absolutely beautiful, crisp, autumn weather, we are back into the mid-seventies now.  We all feel like we are roasting alive!

All of the soups, stews, and warming foods we had planned seem downright ridiculous now.

So do all of the holiday decorations I am seeing going up everywhere. 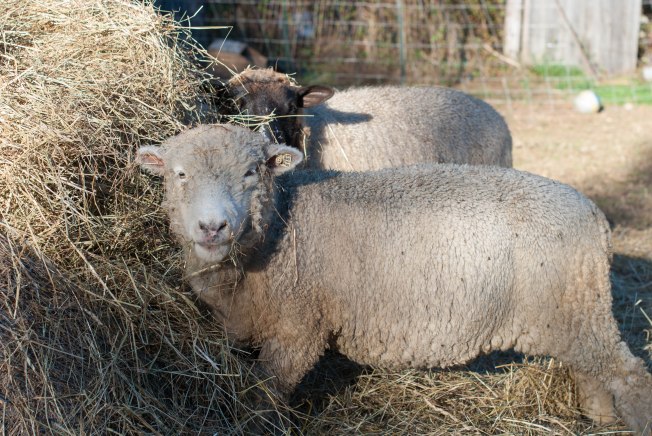 The sheep have been chasing the shade all around the field. They’re not fans of the heat, either. It means there are still too many flies around. 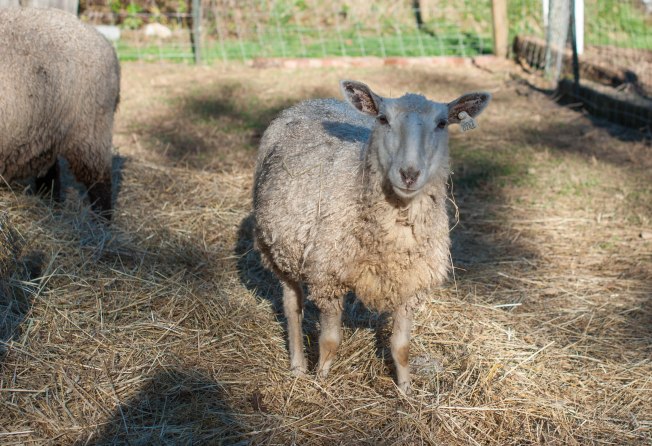 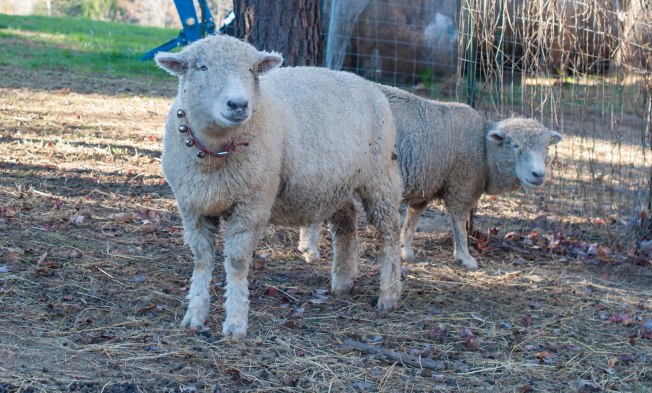 I’ve also had to turn the air conditioning back on; in the fall and winter the back of our house (which is all windows) gets direct sunlight the ENTIRE day. It’s great when it’s cold out. Not so much when it’s unseasonably warm. 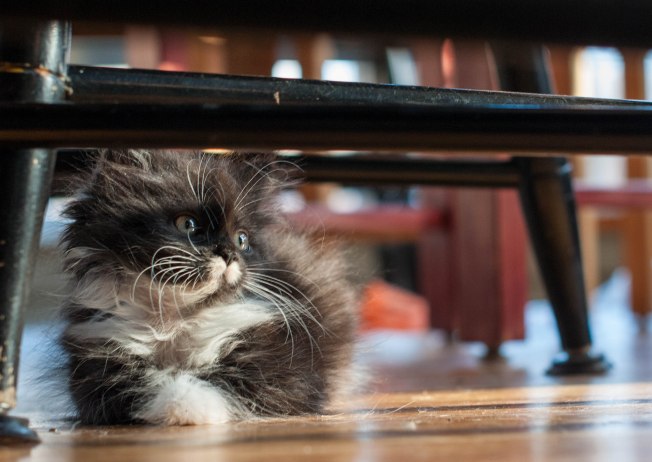 The kittens, Poppet and Widget, are settling in nicely. We had them separated for awhile we we awaited their FIV/Feline leukemia tests, and also because they were so tiny we worried about the dogs stepping on them.

They’re still pretty darn small, but they’re learning to navigate us a bit. 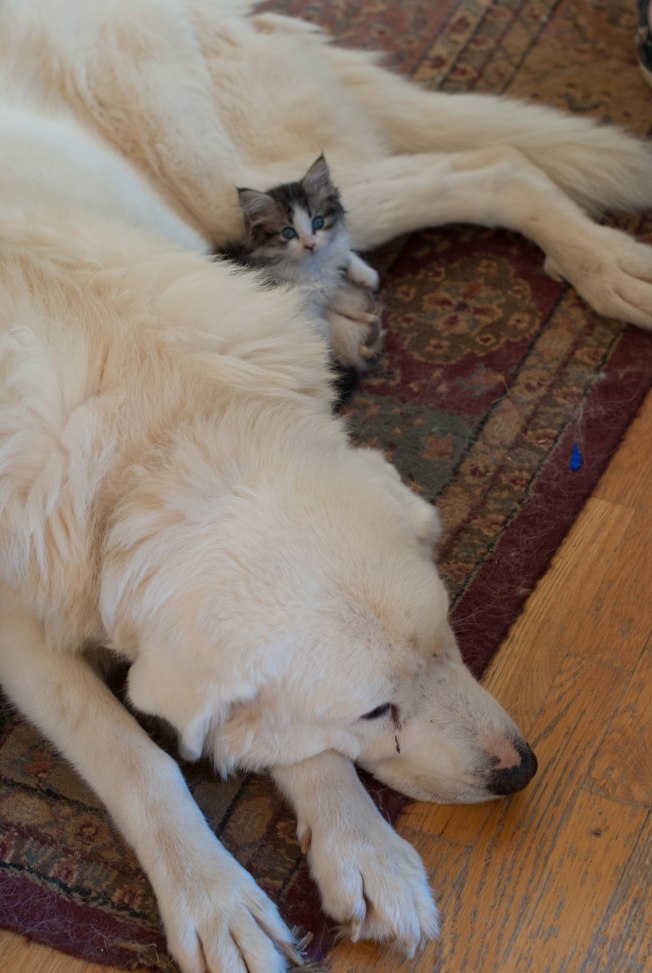 They LOVE the dogs, and Cini, especially, loves them. 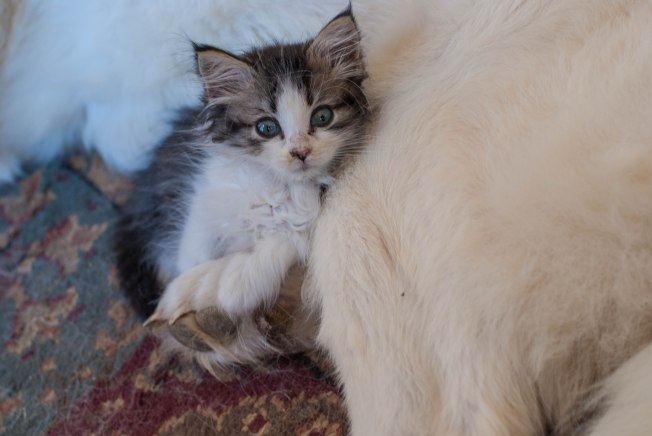 Widget is only slightly larger than Cini’s paw. 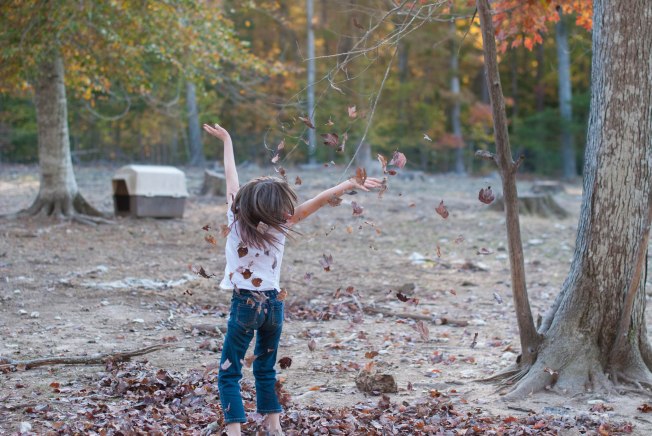 Had to throw in this picture Neve took of Oona playing in the leaves!

A nasty cold virus has been making its rounds here for weeks now, and we are trudging along trying to get through it.

I’ve been occupied with new knitting; not only did I cast on a pair of socks, but I’ve also started swatching for my next Shepherd sweater AND an additional sweater pattern called “Chimney Fire”.  I couldn’t help myself! After Rhinebeck, i want to knit all the things!

Bring back the cold weather!