A few days ago I made a honeycomb cake in anticipation of today. 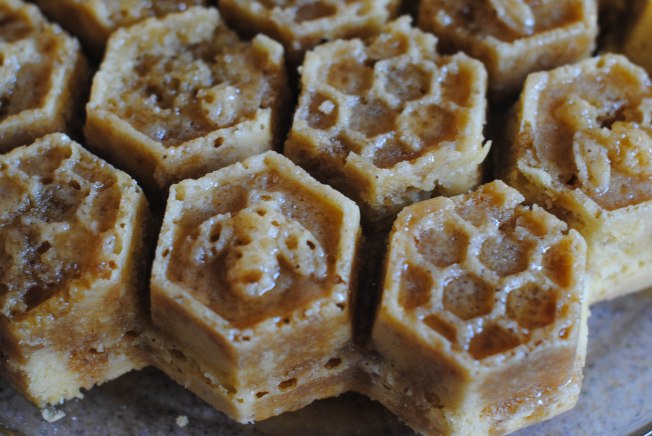 It didn’t last very long, but it made me happy to think about how close I was to being a beekeeper again. And today was the day!

I drove out to Scottsville this morning to pick up my package of honeybees. It had been postponed a day, which is probably okay considering it rained a bunch yesterday. 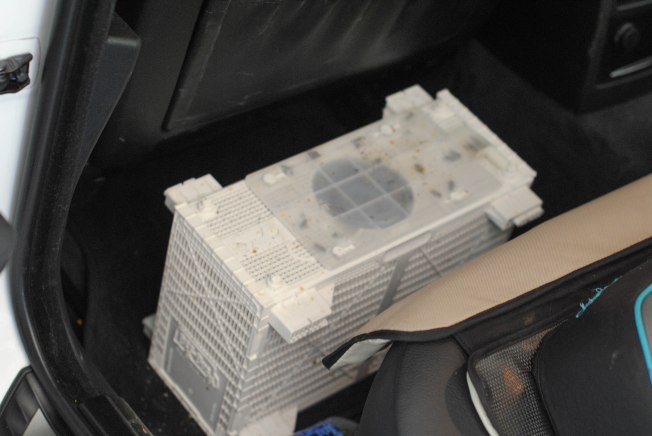 The lovely folks from Scottsville Supply Co  handed me my bee package and queen cage, and off I went, the sound of thousands of buzzing honeybees filling the car. I serenaded them with a bit of Hamilton, but I don’t think they were too into it. 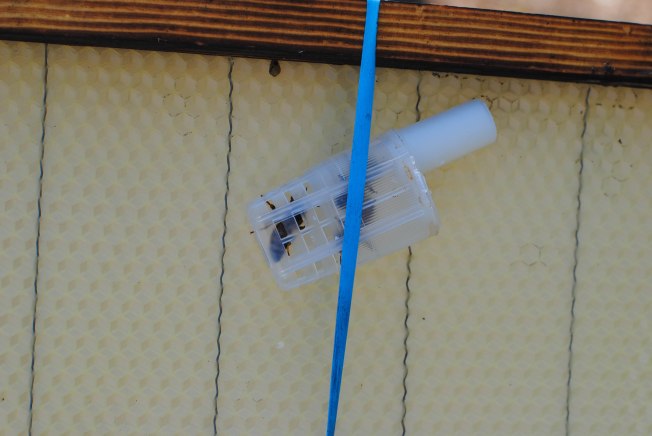 The queen is in her own separate cage. These bees have not been “bonded” to her yet, so she’s being attached by rubber band to a frame in the hive, which is blocked by sugar.  The rest of the bees are then dumped into the hive with her, and this evening I will make sure the hive is closed securely and “lock” them in with her for now.  In the time it takes for her to eat the sugar and emerge from her cage, the bees will have fallen under the spell of her pheromones, and that will be that. A queened colony! 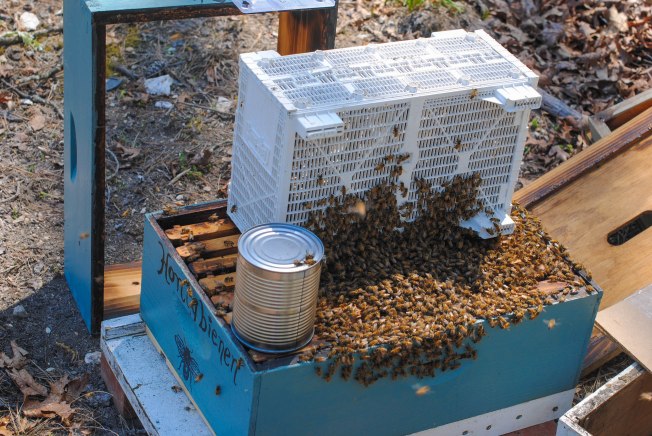 The can contains the sugar syrup they were shipped with. There were still quite a bit in there, so I’m leaving it for them to continue to feed from while they acclimate. Since there were still a lot of bees in their plastic bus after shaking most of them out, I decided to leave that in there, as well. After a few days I’ll go out to check on them and I can remove it then, and hopefully remove the entrance reducer and allow them to go forage for pollen on their own. 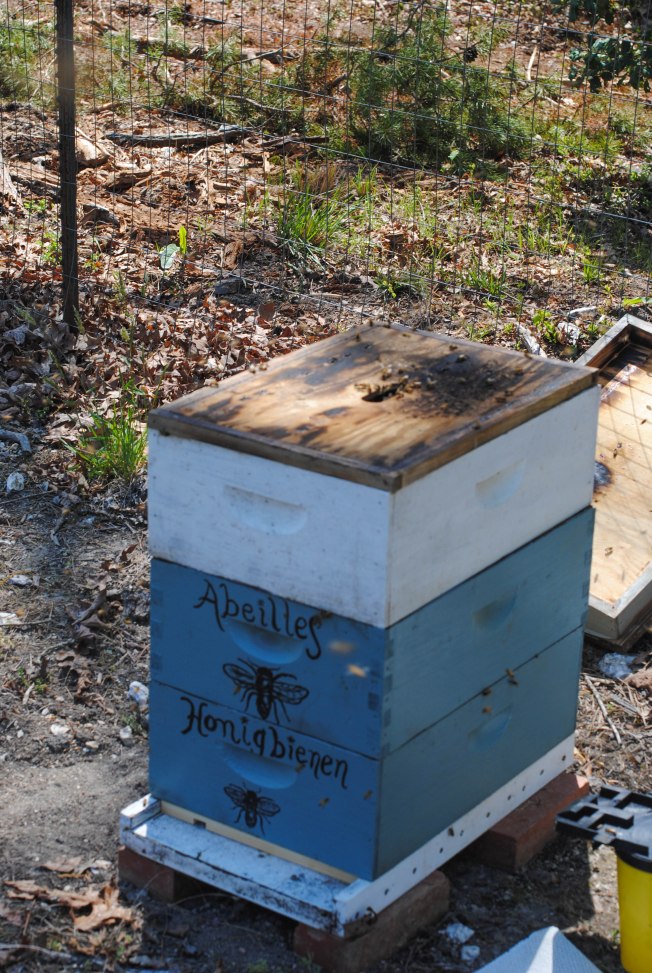