We’ve been busy little bees around here lately!  Spring is exploding all around us and that means there is no shortage of work to be done, despite the allergies making us all feel like we were hit by a bus.

This past Saturday, though, we put it all aside to take the kids to Awesome Con, a convention in DC for fans of various Sci-Fi and Fantasy shows, books, etc.

Neither Paul nor I had ever been to one of these conventions, and it wasn’t something we ever thought we’d wind up doing, but when we found out that Billie Piper would be there and that we could get the girls’ pictures taken with her, we knew we needed to be there.  Her character on Doctor Who has always been everyone’s favorite.

It was a lot of walking, A LOT of waiting in lines, and way more fun than I’d expected it to be.  There were plenty of actors present from The Walking Dead, yet another show we are fans of, and what surprised me most was how integrated into the event they were.  Neve walked right up to the actress who played Sophia from the show and asked to take her picture (after I had sneaked one earlier, unsure if we were supposed to or not!).

Seeing all of the people dressed up as their favorite characters was also a lot of fun; Oona especially loved all of the Ana and Elsas there were from Frozen.   The girls are already asking to attend another convention in September in Richmond – a lot of the cast from The Walking Dead will be there, and it looks like the “meet and get your picture taken with an actor you really like” bug has hit them hard.

The kids dressed up, too.  Emily was something or other from an Anime series that I know nothing about.  Oona was dressed as Draculaura from Monster High.   Katie was dressed a Rose from Doctor Who (in honor of meeting her), Brett was dressed as something called Deadpool.(as you can tell I don’t really know my Japanime or comics).  Neve went as Claudia from Warehouse 13.

Emily stayed up the entire night before, working on sewing her costume. By HAND. She drafted the pattern herself and used very small, even stitches.  I am crazy proud of her.

Maddie went as Amy Pond and Jessie went as a Dalek, both from Doctor Who. 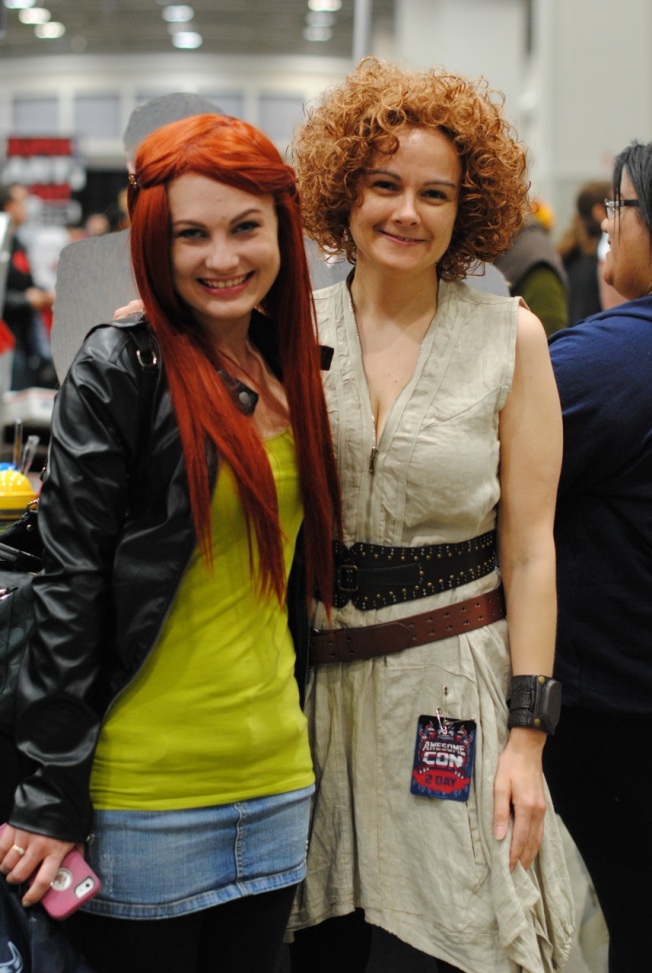 Finding people dressed as characters that compliment your own character is a big part of the fun. 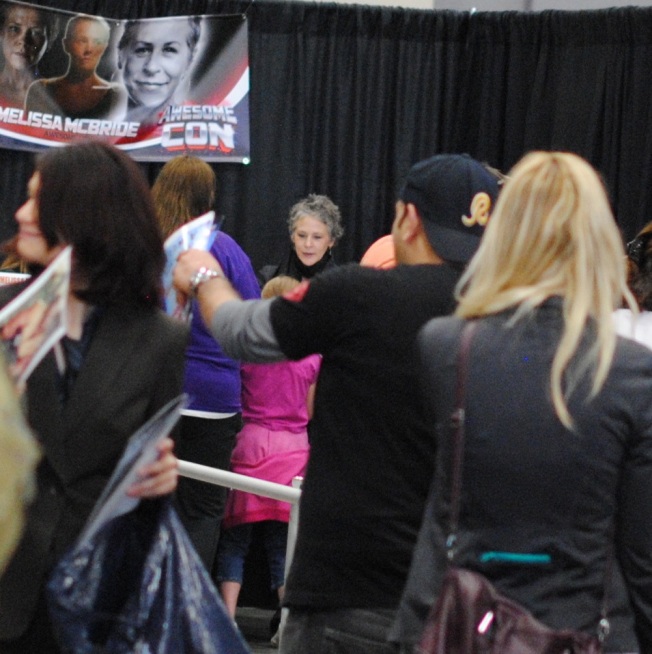 Melissa McBride, or Carol, from The Walking Dead. She’s so much prettier in person than on the show.  Carey Elwes (Westley from The Princess Bride) was in the next booth over.

Oona found  Elsa and Ana to have her picture taken with.

The Lannisters! Sadly I found out later that two more of the Lannister clan were there as well and I missed out on a pic of all of them together.

BUT. Everyone’s most treasured moment for the day was meeting Billie Piper. It was well worth the wait in line and the aggravation of dealing with a very disorganized convention to see the looks on my kids’ faces.  And hey! I got to sneak in the picture, too!

She was everything they had hoped for: lovely and friendly.

Mine are cosplaying fangirls.

And I kind of absolutely love it.