I’m beyond thrilled to introduce the newest addition to my little flock. He is a Rambouillet/BFL/Finn cross, and his name is Granola (he came with the name, and it’s adorable, so hes keeping it). He was born last spring, and he is an intact male. Meaning, of course, that once he’s feeling it, he can breed my ewes. And let me tell you, I for one assumed he’d be a bit young still to attempt any romance, but within an hour of being here, he was already making sexy faces and advances on Willoughby. She is super not interested, but Lyra and Carina won’t leave him alone. 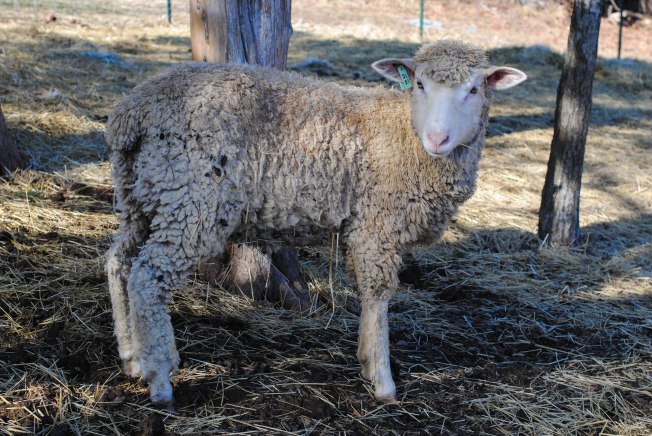 After years of waiting and wanting, I’ve got bunnies!

I brought home a brother and sister pair of French Angora rabbits in a color called “Chestnut Agouti” (that’s what their papers say anyway. They’re like a grey and tan).

They are the friendliest, snuggliest little buns, and the kids have named them “Gene and Louise”. 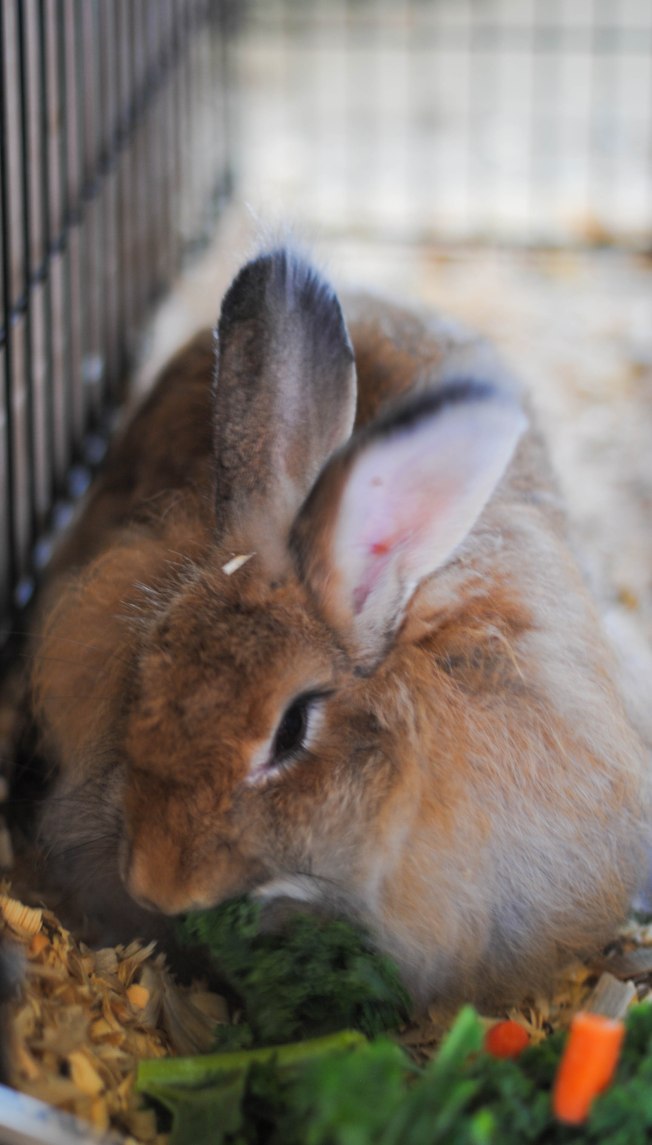 Miss Louise. They very much like kale and carrots.

I’m excited to plant a garden full of greens and herbs for them in the spring.

Gene. He is super chill.  Right now I have them in a large dog crate (separated so they don’t breed!) while I await their more permanent hutch that is coming.

I’m looking forward to having an adorable source of soft fiber. The kids are thrilled to have bunnies that love being cuddled and played with. Either way, they are a welcome farm addition, and I so hope they are happy here!

Did everyone spend their weekend watching Season 2 of Stranger Things, or just us? It’s such a great, end-of-October show to immerse yourself in before the tricks and treats come out.

We were also lucky enough to spend time walking along the Rondout in Kingston last weekend and taking in the fall foliage. 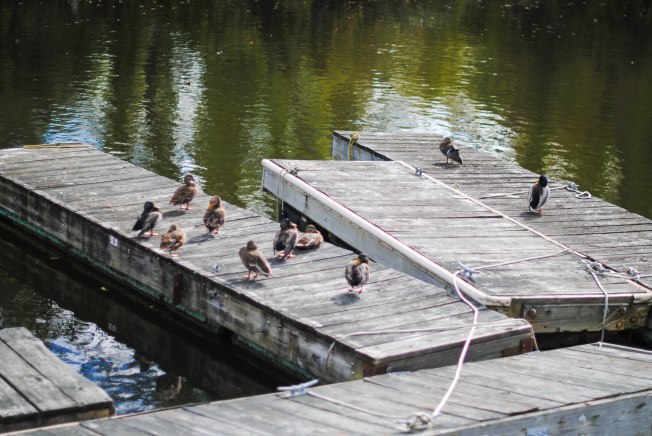 I thought dad was perfect for this one! 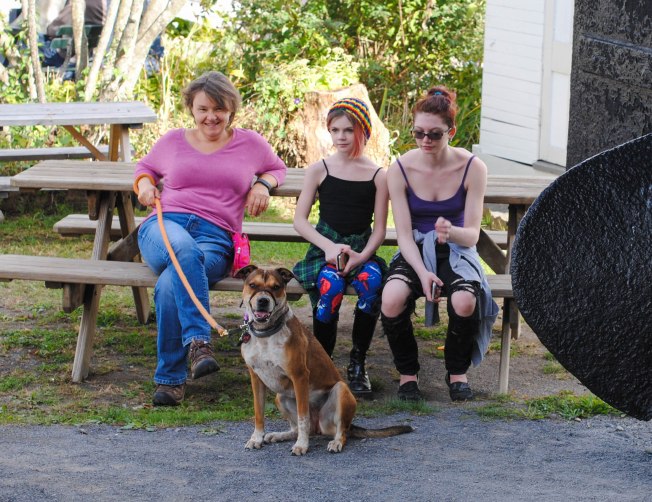 Bindi looooooves sticks, of all shapes and sizes! 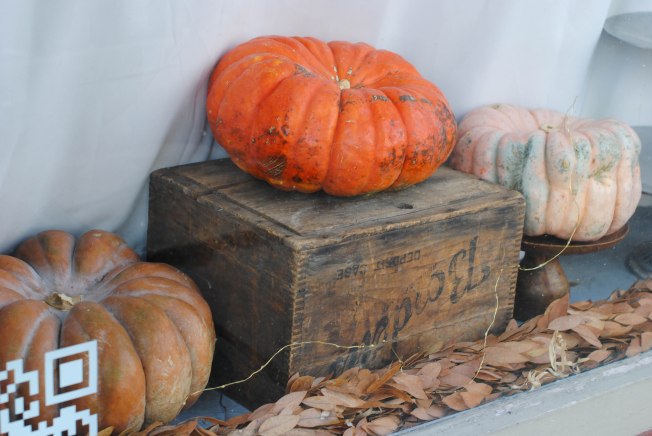 Now we are prepping for tonight’s festivities and grateful for the cooler temperatures since we’ve been back from New York. I’m excited to spend time relaxing with friends tonight while the big kids help the smaller kids fill their bags with lots of candy (they always give me their Almond Joys!!!).

I hope everyone has a safe, spooky, and fun Halloween!

I can’t believe I haven’t posted since July!

It’s been a challenging year. I was disappointed our mating season was a failure and we had no lambs, but insult was added to injury when I lost my beautiful ewe, Perivale, to a snake bite. Having sheep and goats is kind of a crazy thing to do, because once you finally work out that perfect formula of good grass, good parasite control, and a nice, healthy weight, you lose them to snakes. Or sheer stupidity (our goat, Basil, tragically got himself wedged under a large woodpile and his injuries and dehydration were too much to overcome).

The garden this year was also not the best I’ve had, but I did manage to get a decent amount of tomatoes and basil, along with volunteer pumpkins that grew in spots where the pigs had “deposited”seeds after eating pumpkins last year. The asparagus is looking great as well, and I can actually start harvesting it a bit next spring.

Sabine is officially retired as a guard dog. She was spooked by the fireworks on July 4 and ended up 3 miles away. I brought her inside  to recover from her adventure and she decided she was done with the great outdoors. Considering she’s 11, with the beginnings of arthritis in her hips, I decided she deserved a life of spoiling and luxury from here  on out. It does mean that currently I have no guardian for the flock, however, and I’m going to have to get that taken care of at some point, especially if I decide to breed and have lambs around. Given the choice, I’d get another llama. An Akbash would be nice, too!

However, now that fall is upon us, things are looking up. Neve is studying cosmetology at the local vocational school in addition to her regular studies. Emily is enrolled at the community college. And with that, I feel way older than I’d like! I’ve also been spending a crazy amount of time in the car, driving them to their various classes and appointments. Emily is working on her license, and that will be a relief.

Everyone has been knitting the last few weeks. I’ve finished a project that will be a Christmas gift and am mostly done with a second. The girls are working on scarves. I’ve made pesto ravioli and next week I’ll make pumpkin ravioli. Hopefully I’ll be better about making time for this space again from here on out; I’ve missed the writing! 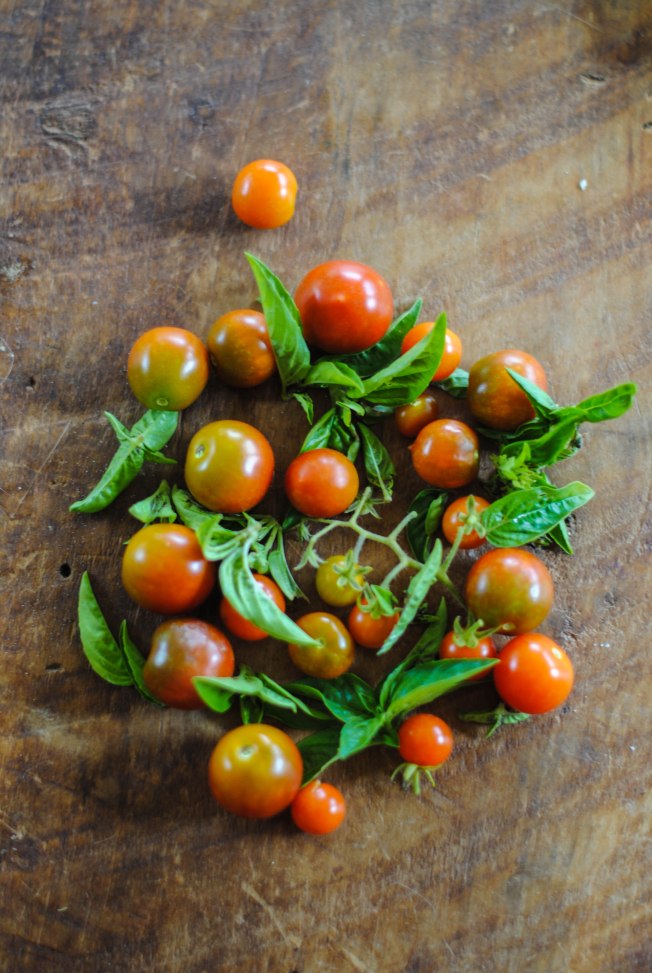 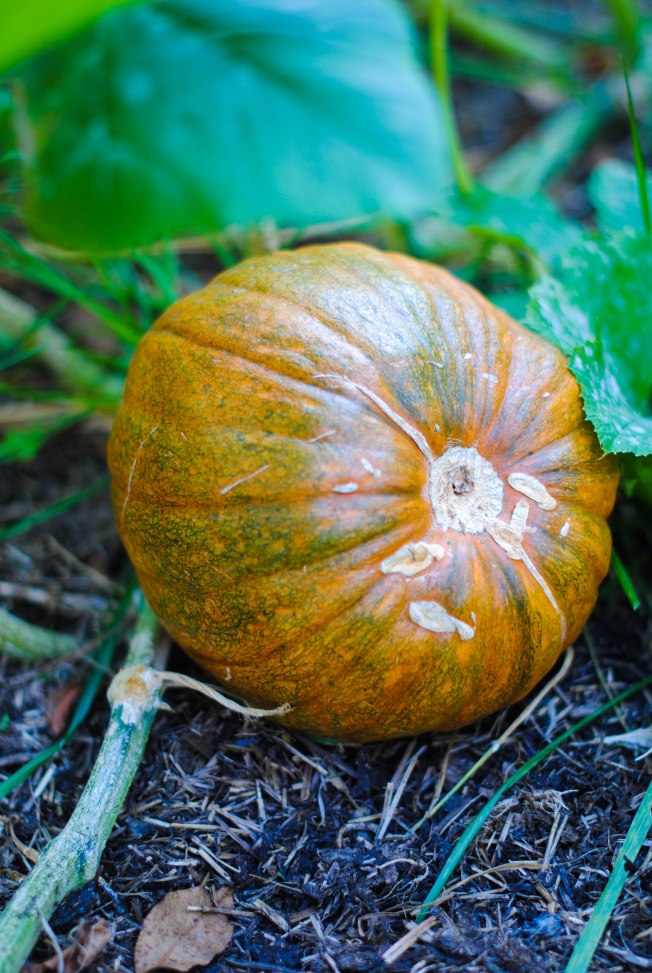 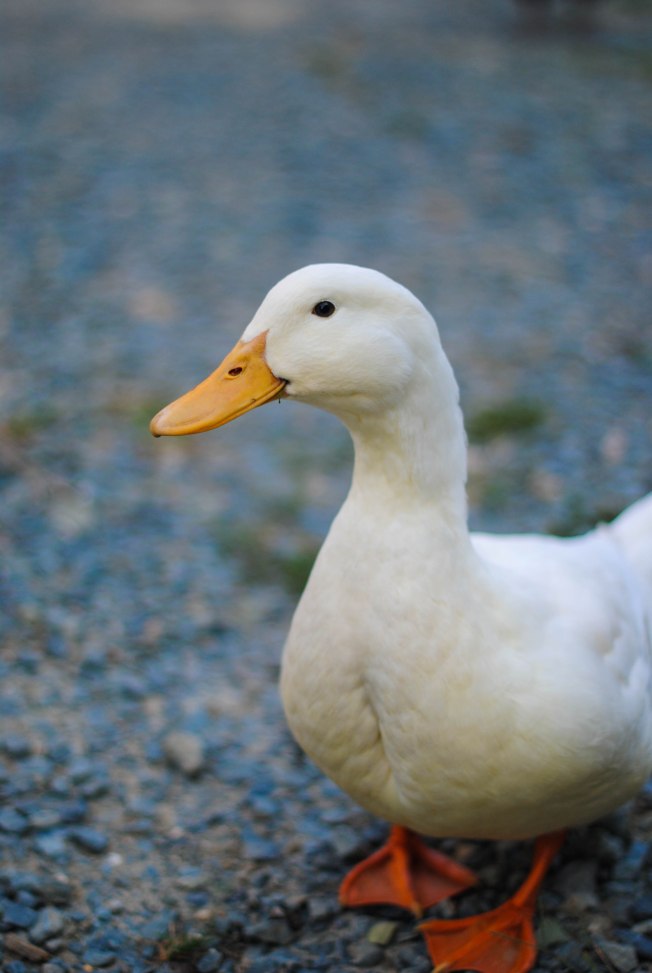 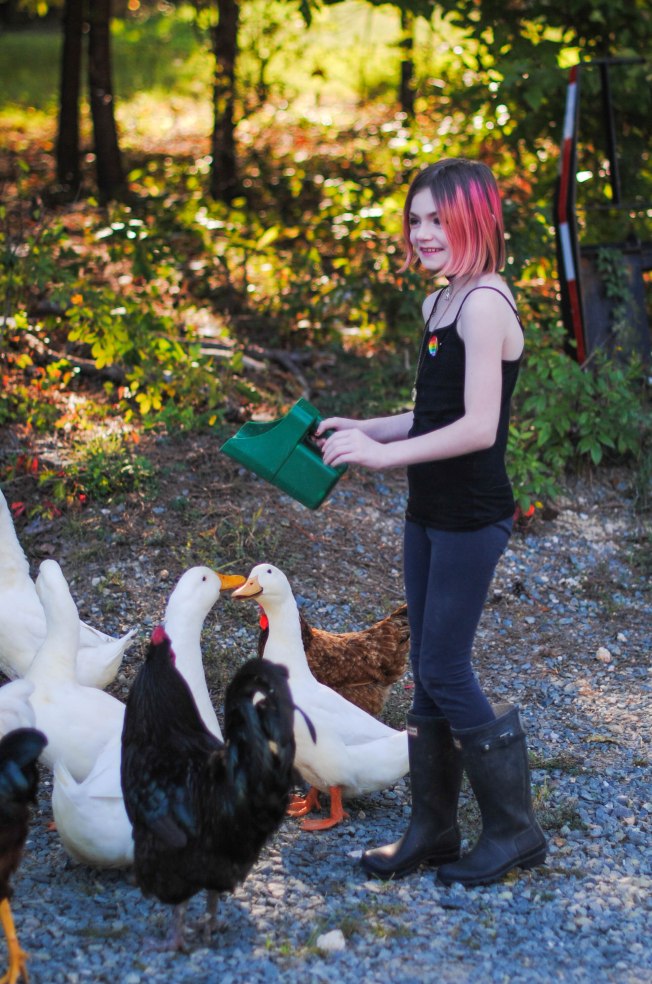 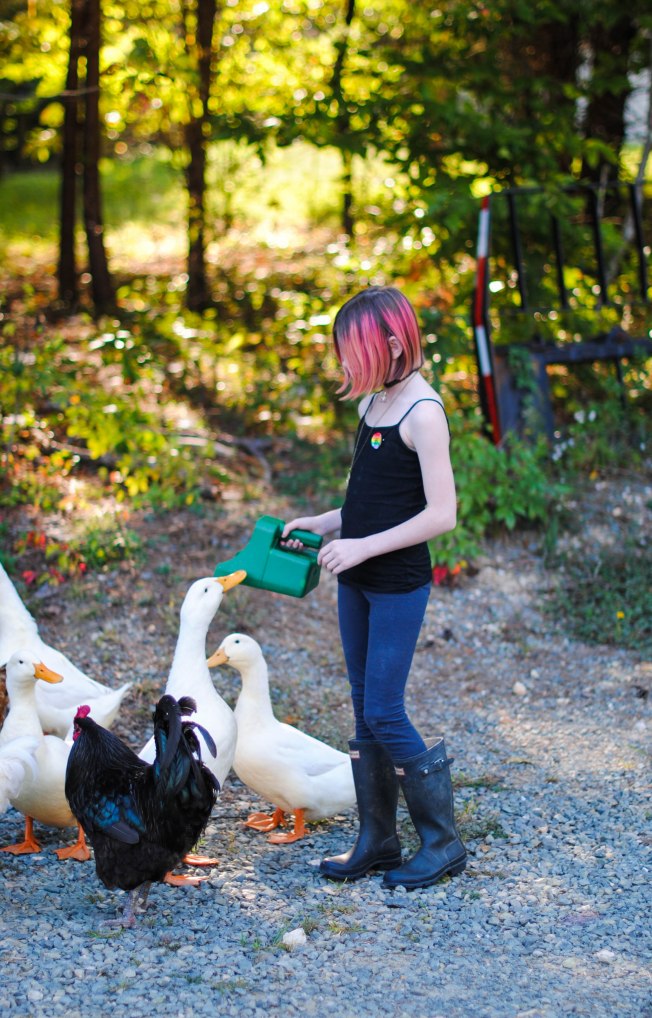 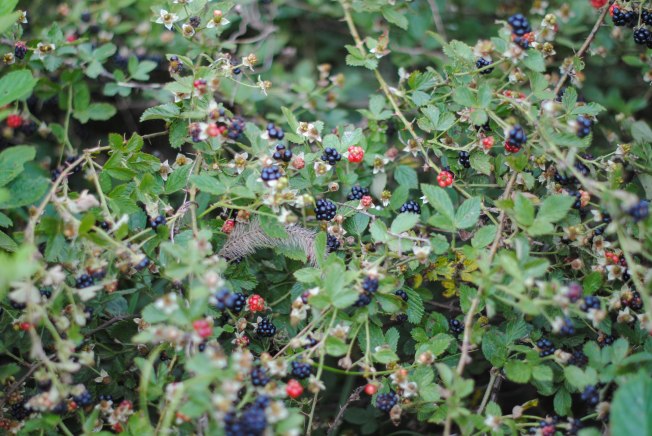 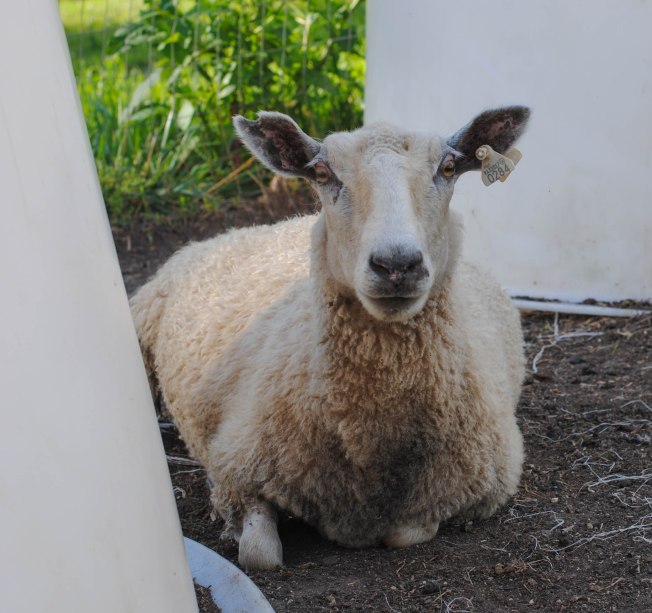 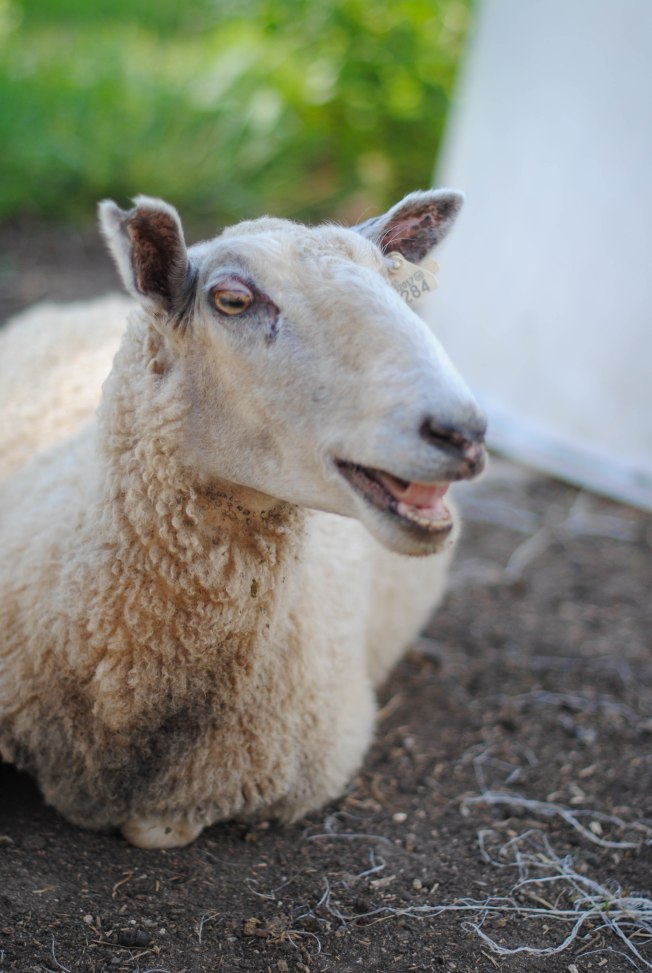 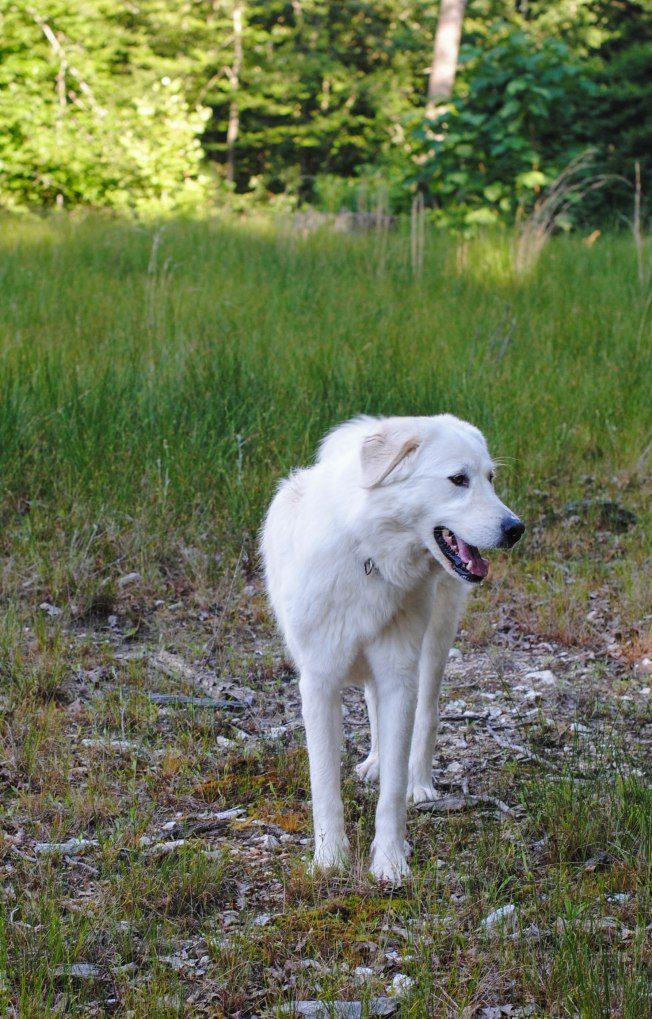 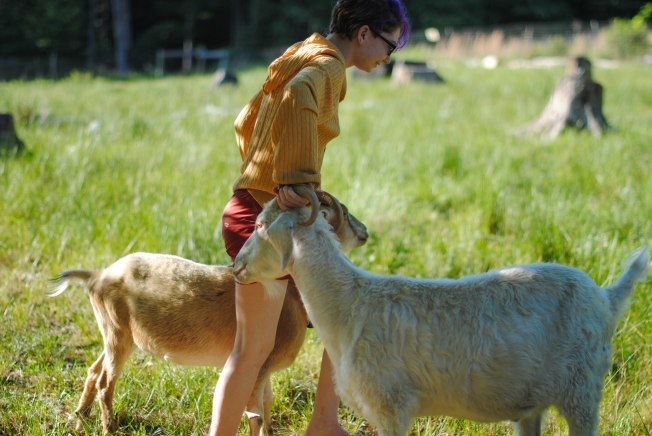 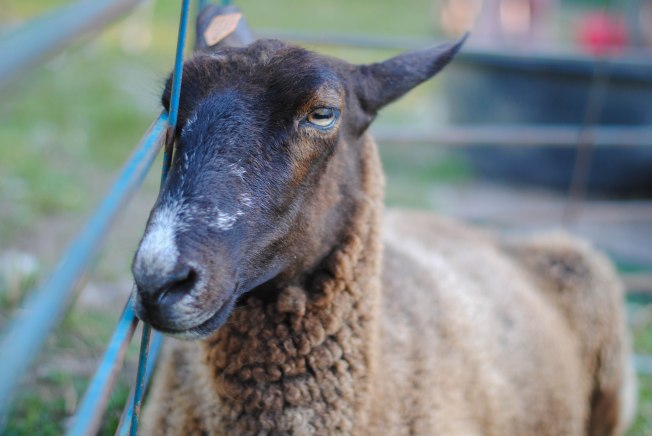 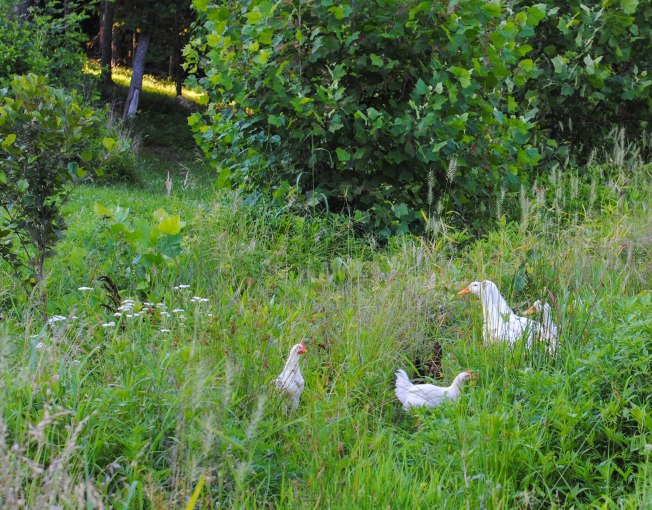 We were so hoping for a snow day. They’d been calling for a foot or so for us, and everyone was out in force yesterday clearing the stores of eggs, milk, and bread (not to mention the liquor store).  I had no appointments or places to be the next couple days, and was prepared to give the kids a day off from school to play in the snow and enjoy our one and only day of winter.

We got 4 more Pekin ducklings a few days ago, and I  beefed up their bedding and made sure they were good and cozy and the heat lamp wouldn’t be affected by ice or snow.  We have gallons and gallons of kerosene in reserve for the heater, just in case. In short, we should’ve known.

This was our glorious snow storm:

It looks like winter has passed us by this year, and we may as well keep on our path to spring.

So what do you do when you’ve lost out on your much-needed snowday?

First I put together dough for cinnamon bread and made a good strong cup of coffee.

Then I worked on cutting some pieces for quilting.

Of course, Widget wasn’t going to allow that to last without some “help”.

I can’t resist him. I’ve put away the quilting supplies and moved on to transferring some of my seedlings out of the starter kit that Widget keeps sitting on and trying to eat the sprouts out of. 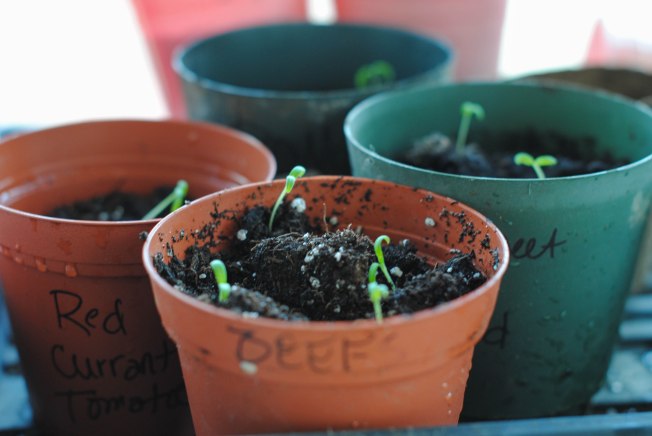 It was a decidedly NOT snowday thing to do.  It did, however, make me happier about the impending spring and summer weather. I can’t wait for those  juicy tomatoes, fresh off the vine (if I can keep the deer out this year!).

I did make the kids do their schoolwork today, as well. They didn’t mind, since there was no snow outside to frolic in. Plus they were all gathered around the table once the cinnamon bread came out of the oven.

I’ll be making a giant batch of Bolognese sauce and knitting more hats the rest of the day while I resign myself that winter is pretty well done.

Someone better tell my hens it’s time to start laying some eggs! 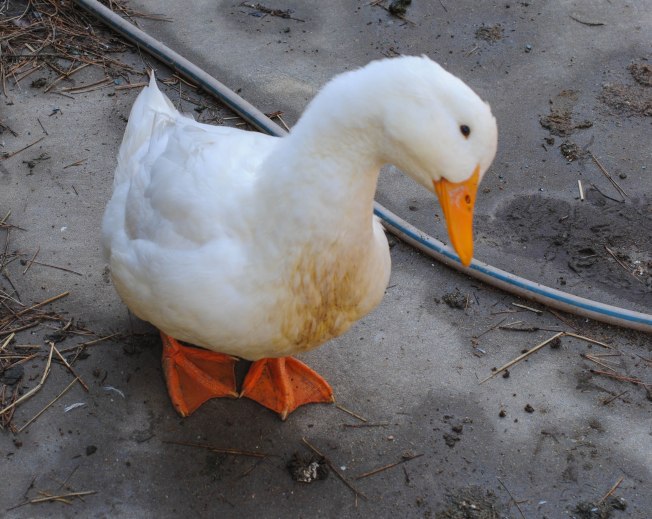 What have you been doing with your January?

I haven’t been as productive as I’d like, given my broken finger, but I’m doing what I can. I’m knitting quite a bit, but it’s very slow going (again, finger), and I’ve gotten very little farm work accomplished (though honestly, being that it’s winter, there’s not much to do on that front). I’ve been trying to check the ewes to see if they’re possibly bred, but I can’t catch them right now to really check.  Most times I go out there and crouch down to keep them comfortable with me out there (to observe what I can), and I have to leave after a few minutes because the goats seem to think I’m a climbable object.

As for Orzo, he’s adapting to being inside. It’s become abundantly clear that he is Paul’s dog. Figures!

And I apologize for the blurry photo, but he absolutely refuses to sit still once he sees the camera out.

School is continuing along, seemingly at a snail’s pace. The cats have made quite a distraction of themselves lately, stretching out all over the table in the sun while we are trying to work.

Oona has been focused on the Harry Potter series. And when I say focused, I mean obsessed.  She’s halfway through book 4, and she’s watched all of the movies, at least 3 times. We signed her up with a Pottermore account, and she was sorted in Slytherin House. When she seemed puzzled about that, I explained that, when given a choice between love, family, home, etc, she chose power. Of COURSE she’s a Slytherin!

She’s embraced it fully, using all of her christmas money for Slytherin regalia.

She and Paul spent last weekend working on carving a wand for her.  All it needs is some varnish.

It fits her hand perfectly.

While she has been working on crafting Slytherin items, I’ve been working on making hats. Slowly, but surely, enough for each of us will be complete. I know I could be actually finishing up my sweater (I’m stuck on sleeve island, as my friend Tanya would say), but this feels more important.

I’m hoping things will be calm enough at home the next few weeks that I can spend all my time working through my yarn stash.

A good snowstorm would help with that! Hint, hint, Mother Nature!