You’ll have to bear with the pictures here – they were taken through the window with my phone, because every time I try to capture this outside with my camera, they stop.

Lately the pigs have taken to nest building in the side yard. They’ve been accumulating old feed bags, sticks, hay, and leaves and creating a massive pile that they burrow into.

Keep in mind that these guys have an actual shelter to sleep in, and to stay out of the weather.

Here they are shouting and scratching around. 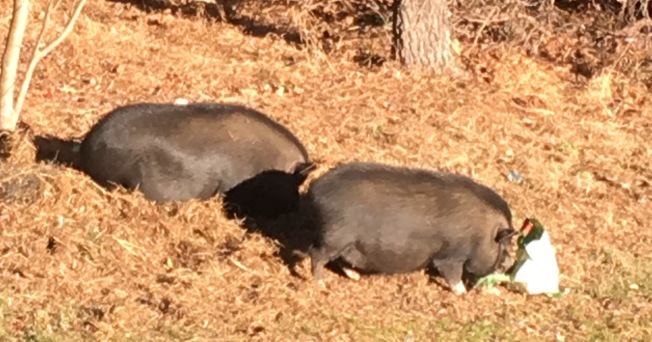 And now you can’t even see him under there.

Meanwhile Charlie’s working on bringing another load of hay and leaves. 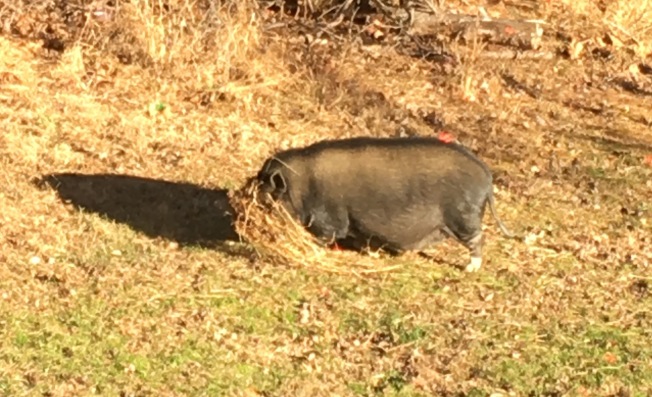 Cracks me up seeing them carrying these piles in their mouths. 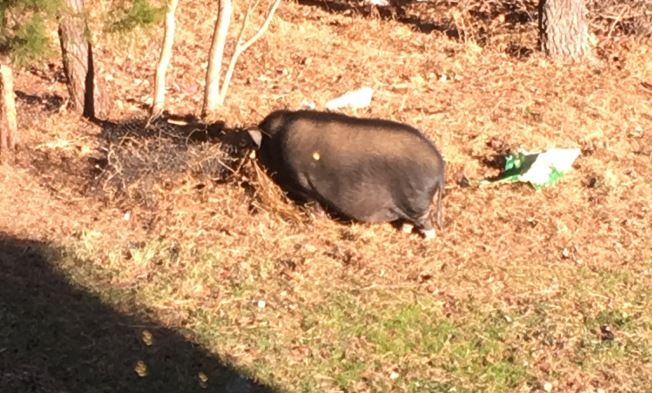 Charlie’s turn to burrow.  Eventually he went for more hay and then lost interest for awhile.

Im half tempted to move their nest into their shelter so they’ll stay in there, but I also wonder if that will just make them mad.