I got married on St. Patrick’s Day fourteen years ago.   We were crazy and young (19!) and in love (and stupid.  waaay stupid)

Anyhow, we usually celebrate our anniversary St. Paddy’s style – Guinness, Irish Cream Chocolate Cake, Irish coffee….you get the idea.  Not once, though, have we followed the rules of what to actually buy each other according to the year of marriage.  You know, the whole “first anniversary is paper, second is cotton, etc, all the way down to your diamond anniversary at sixty years.  (Did you know there is a wool anniversary?!!!  Because I didn’t, and it was seven years ago.  Rats!!)

This year someone must have said something to my dear spouse, however, because he came home and announced that it was our Ivory Anniversary. 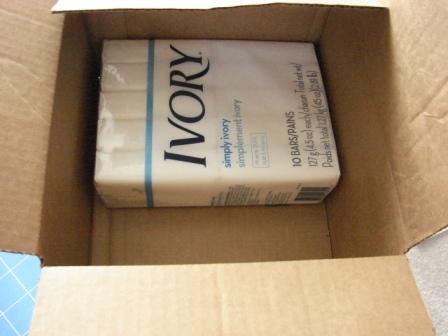 I’m really thinking that this is deserving of a Darwin Award.

2 thoughts on “Someone’s Idea of a Joke”