I think I’ve mentioned we’re trying to be more responsible about the meat we are eating.  We’re making a major effort to only eat organic grass – fed beef, organic chicken, etc.  It’s majorly more expensive and not as easy to come by, so it’s forcing us to eat less meat, and this is, of course a good thing.  It also means that when we do eat meat, it tastes sooooo much better and we enjoy it that much more.

So a few days ago I bought some hamburger patties from Whole Foods Market that were grass – fed AND local, and was thrilled to grill them up and put them on some homemade buns.

Emily, on the other hand, was not enthused.  She is a vegetarian, and no amount of humane, environmentally responsible- ness will change her mind in that regard.  Occasionally I struggle to accommodate her.  Generally it is her responsibility to maker her own dinner if she chooses not to eat what we are having.  However, there are nights when I am cooking meat and I realize there is nothing that she can really cook for herself.  This recent hamburger night was one of those.

And that is when the garden came to the rescue.

We have a lot of over-sized pattypan squash right now begging to be useful.  It occurred to me that with it’s flat, round-ish shape, a sliced pattypan might fit nicely on a bun. 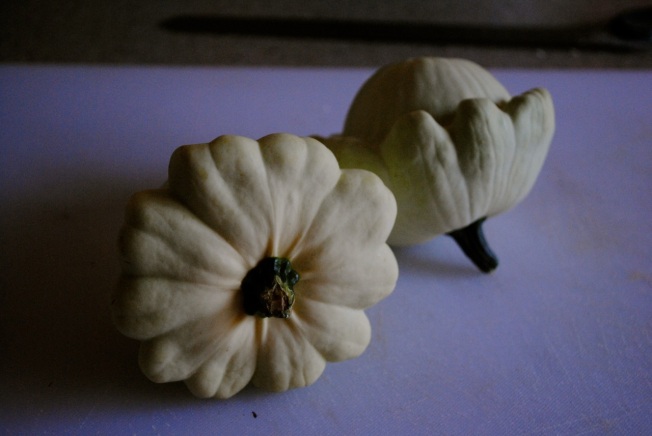 Emily was game for the experiment.  We sliced it thin – ish and brushed it with olive oil and A-1 sauce. 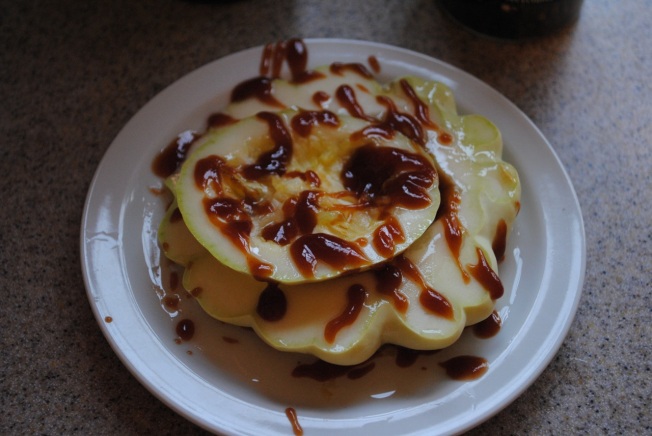 Next, we chucked it on the grill and let it brown for awhile. 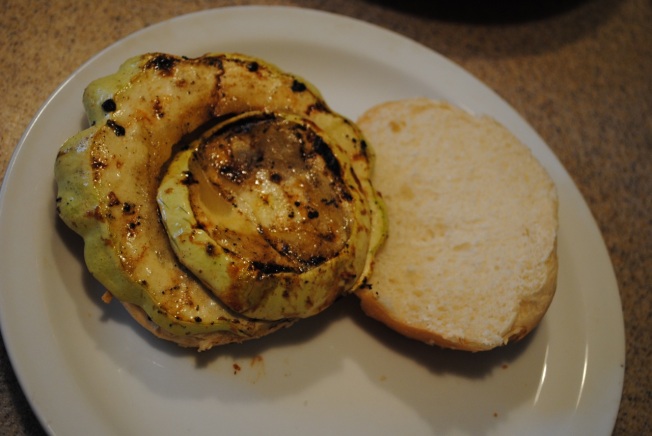 Emily ate it with no condiments and pronounced it a success.  In the future, we are thinking we can grill it up, slather it with barbecue sauce, top it with coleslaw and eat it on a bun.  Healthy veggie alternative to meat, straight from the garden!