You all know how much I love King Arthur Flour, right?  They have some of the best recipes on their site, and the best ingredients with which to make them (no I am not getting paid to say that!).

So it’s no surprise that I am on their website frequently.   While browsing last week I came across a recipe for Apple Cider Doughnuts.

Well, of course I had to try them!  And though generally I am a food purist and would prefer my doughnuts as nature intended them – fried – I was willing to try them out baked.  After all, less fat, right? 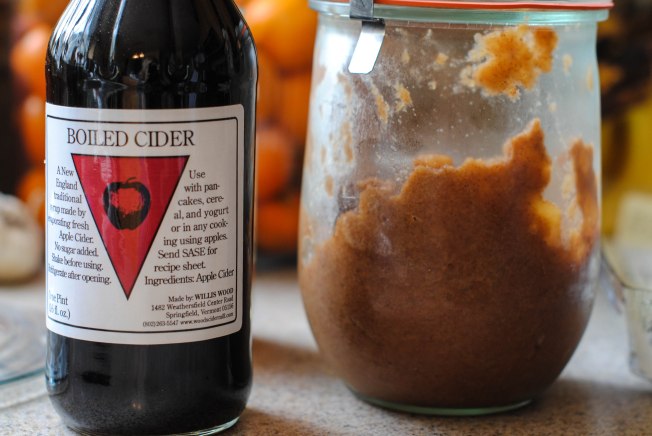 These two ingredients are this recipes secret weapons of flavor.  Boiled Cider and applesauce (I used my own, made with the ninety billion pounds of apples we picked).

The batter worked up very quickly, and gets plopped into the doughnut pan (it was like $10 at Bed Bath & Beyond). 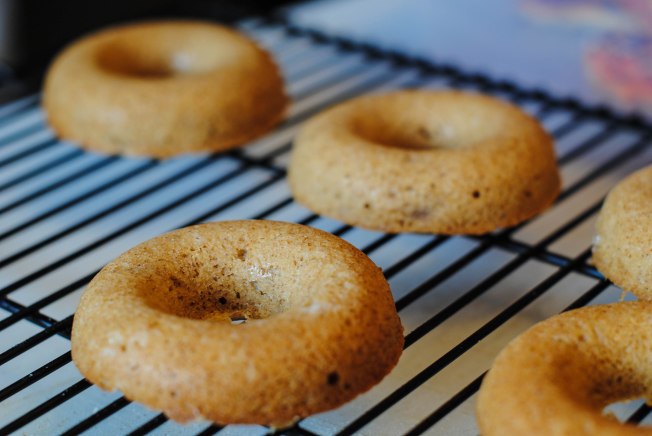 After baking, I slid them all out of the pan and then they had a bath in cinnamon and sugar. 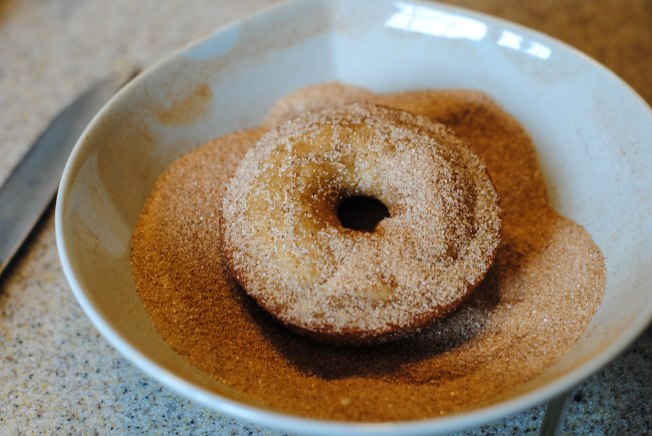 The sugar mixture sticks best if they’re put it in directly from the oven. 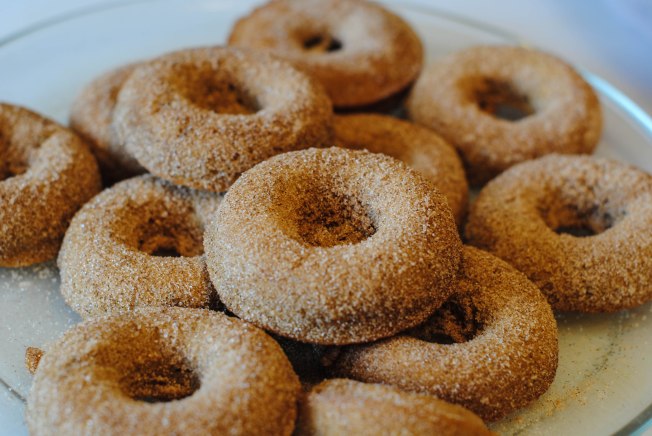 I made about 18 doughnuts in all.  Though it was hard to keep an accurate count because they kept getting eaten!

In all, the only real disappointment wasn’t taste – related.  I adore the smell of cider donuts wafting on the breeze at the orchard while they’re being fried.  Sadly, my house did not smell that way while baking these.  But the flavor was right and even though they’re not *quite* as delectable as fried doughnuts, they are a super, serious, amazingly close second.

We’ll be making these again.