The beginning of this week was just extraordinary in its loveliness. We had wonderfully mild temperatures for several days in a row, and we all felt the itch to get outside and stay there.

It seemed like the perfect time for worming the flock.

Since it’s been a wonderfully cold winter, we’re pretty optimistic that parasite levels will be lower over the warmer months this year.  Even still, with most of our ewes likely bred we want to make sure they are not carrying an overload of them in their gut, as the hormones and stresses of pregnancy and lambing tends to exacerbate the condition, and then things just get ugly.

Now, worming has always been a bit of a tricky chore; you want to make sure you catch it early enough to be effective, but you don’t want to overtreat them and build up resistance to the drug. However, to our great relief, a miracle seems to have been discovered in the use of copper.  You give one dose of copper to each sheep roughly every 6 months and the parasites (hopefully) never build a resistance to it.  It simply makes the sheeps’ guts too inhospitable to the critters.

In the past when Susan and I would use copper we had to break out the scales and empty capsules and very carefully measure out copper particles.  You can imagine how excited we were earlier this winter when we discovered THESE over at Jeffers.

The only drawback to this is that I can’t seem to get a solid answer on whether or not we can copper our ewes that are bred.  We decided, therefor, to err on the side of caution, and the ladies all get a dose of the chemical wormer we’ve always used until after lambing.  All the boys and goats get copper.

So, with copper and wormer in hand (along with hoof clippers just in case) Neve and I set out into the winter pen to get down to some serious work. 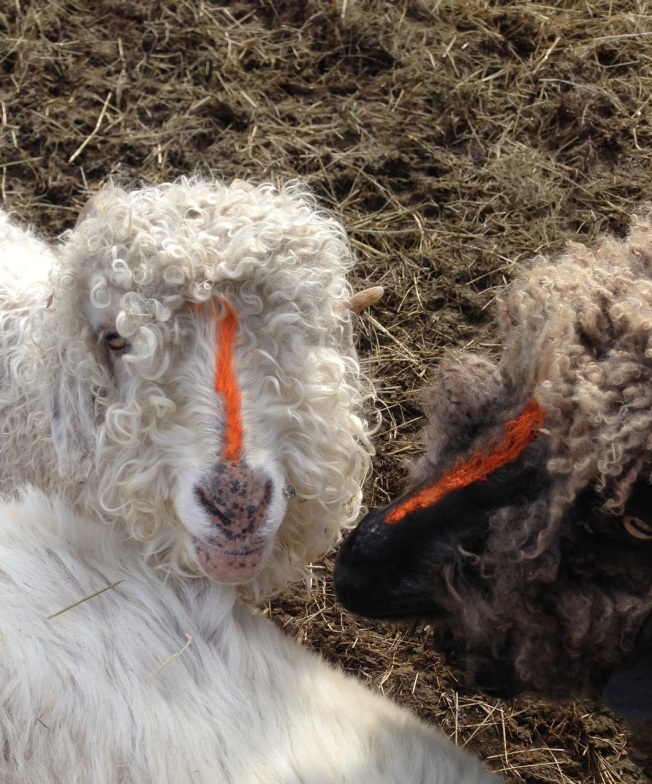 Neve’s a pretty big help for most of the flock; it gets a little more difficult with the big sheep like Alabama.  She is my shepherd-in-training though, and since she is responsible for evening feedings every day, they know her and trust her.

We managed to get about half the flock taken care of, when Jerry and Alabama combined forces to knock the temporary fence panels over and everyone streamed out of the holding pen.  They knew better than to fall for coming into the worming pen again, so we had to knock off for the day.  We’ll finish the rest up on Saturday, and everyone who got copper should be satisfactorily protected until September.  If it works like it’s supposed to, Susan and I will be happy shepherds!