We’ve exhausted ourselves yet again, but it was worth it. We toured Edinburgh Castle in the morning (where we witnessed the 21-gun salute of the canons in honor of the anniversary of the Queen’s coronation), Holyrood Palace (where I fell completely in love with the ruins of the Abbey), and a little bit of time at the National Museum of Scotland.  We had a wonderful lunch at a tiny little place called ‘The Edinburgh Larder’, but ran into a snafu at dinner, as it seems no restaurants here allow under 18’s after 8 pm. 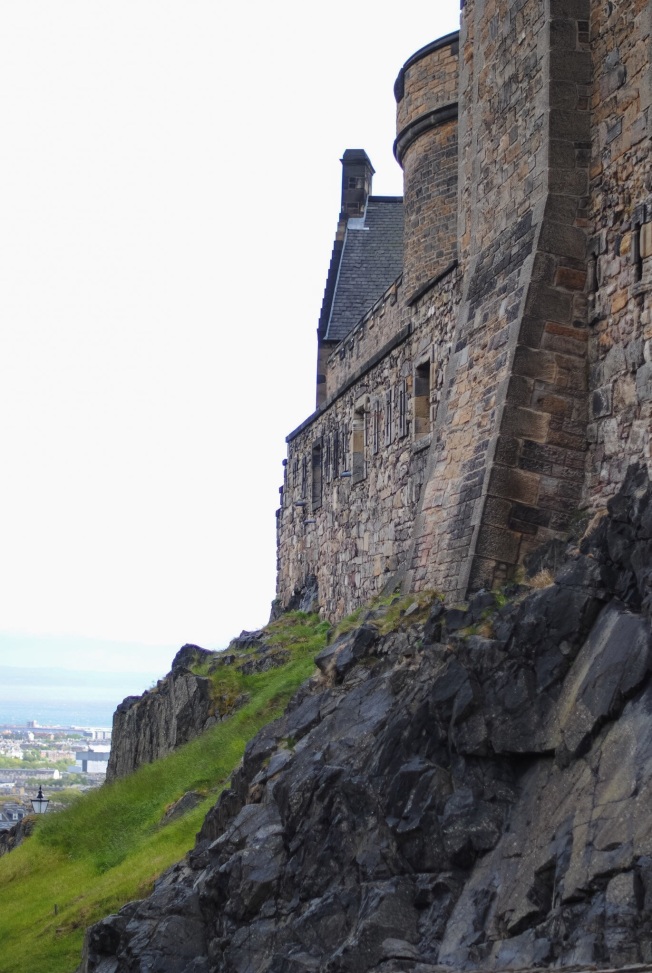 Our tour guide, who we would have followed all day just to listen to his accent. 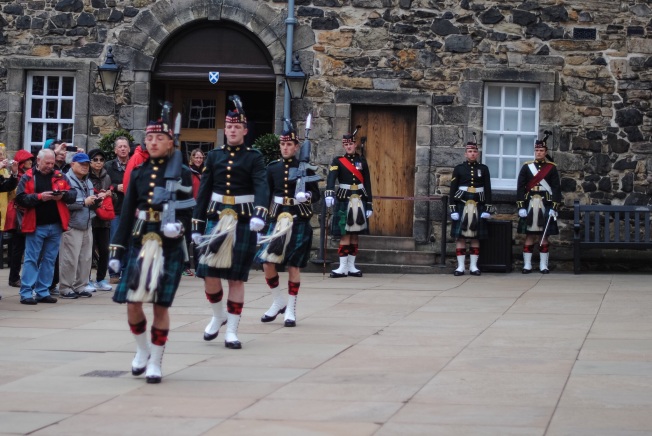 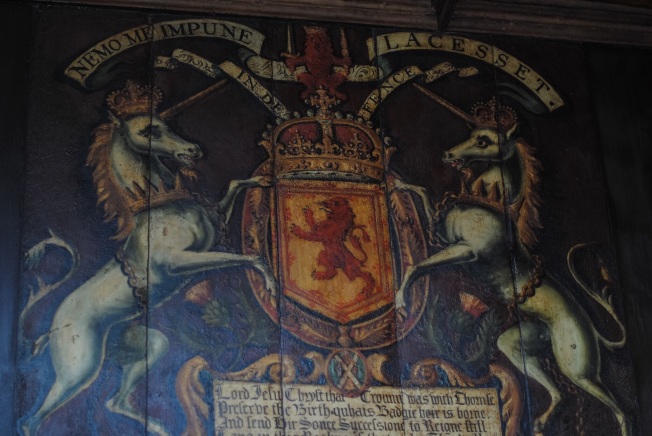 Mural in the chamber where Mary, Queen of Scots gave birth to her son James.

From the castle you can see out to the Firth of Forth. 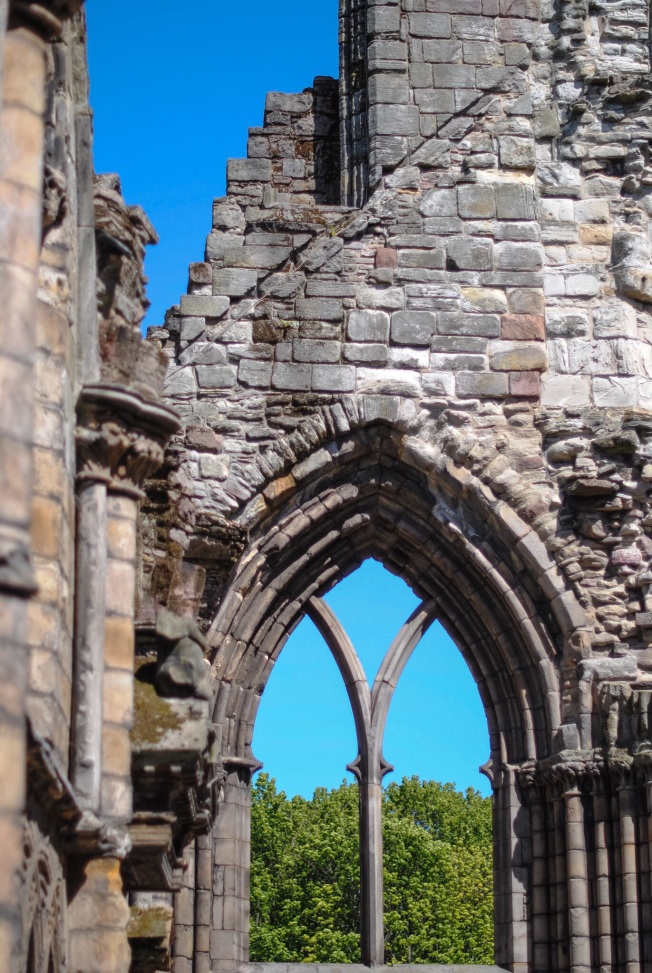 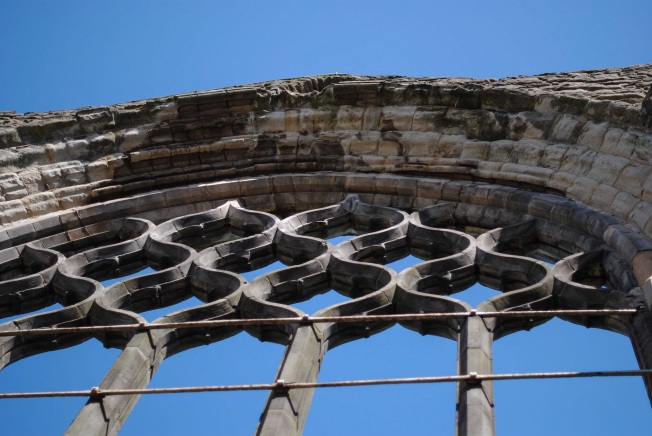 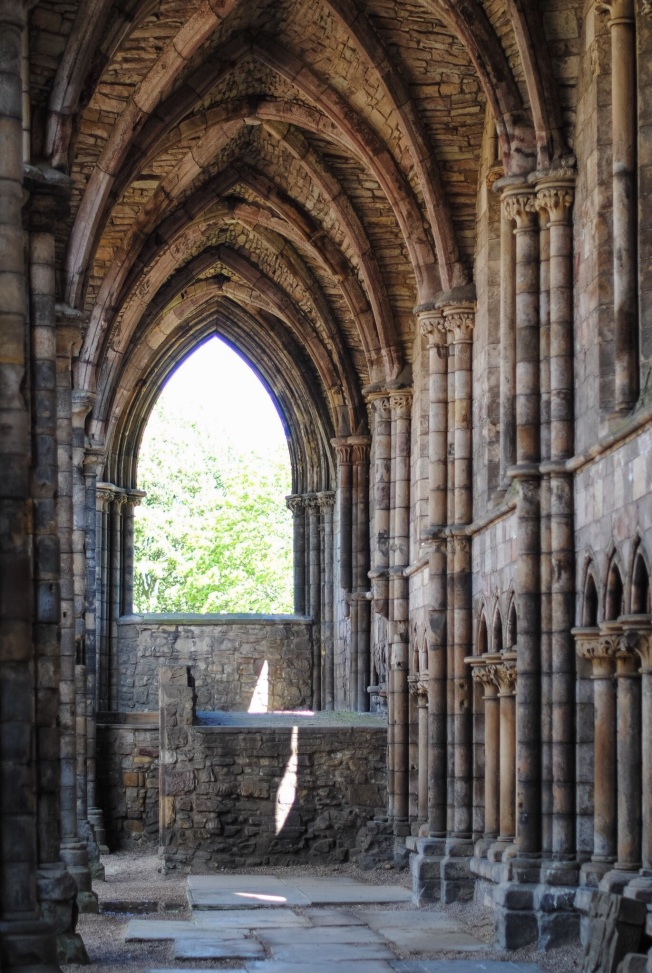 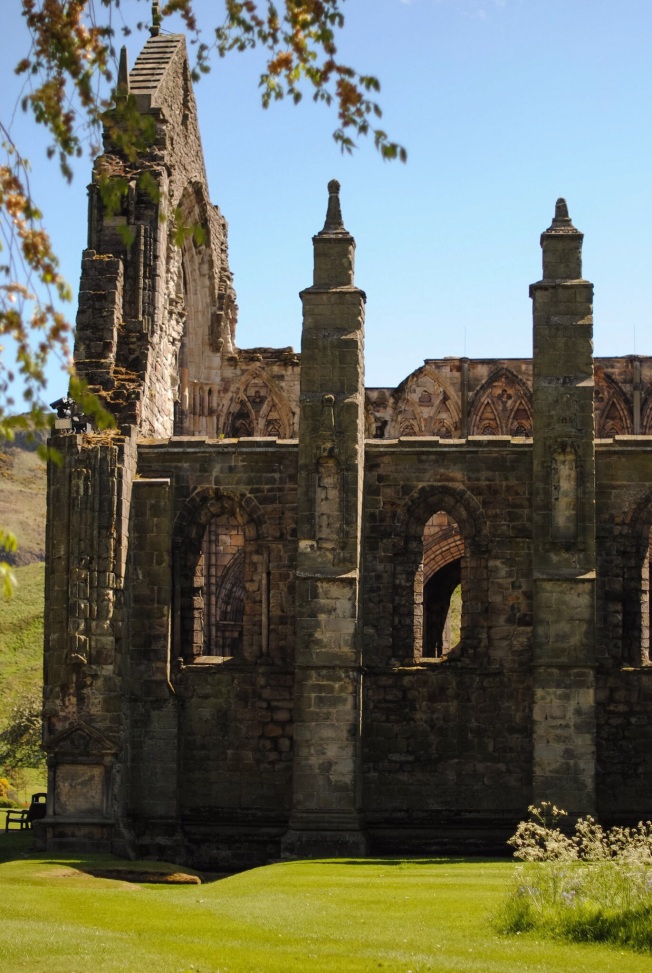 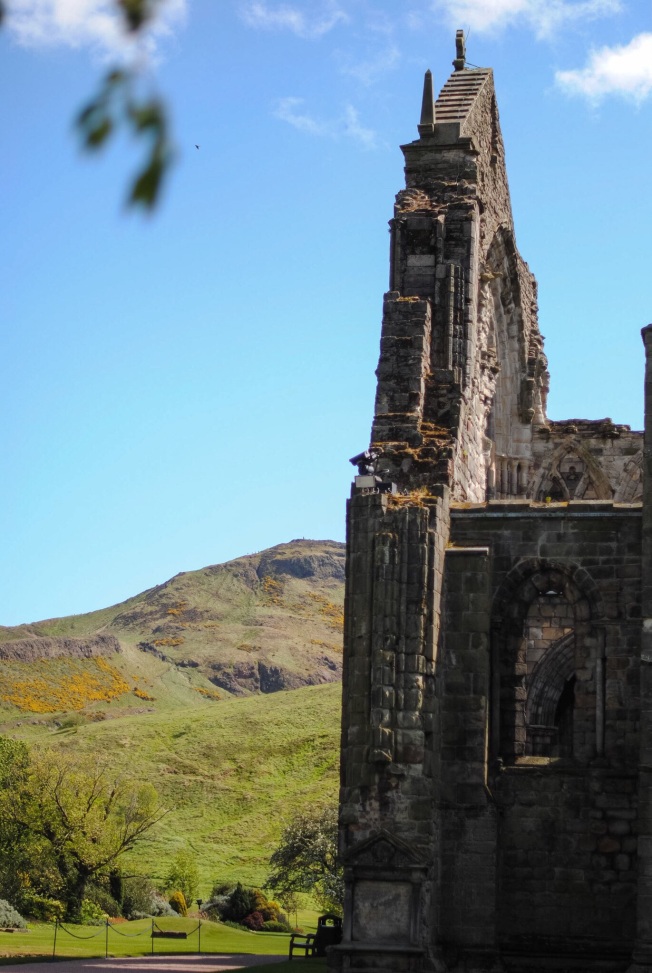 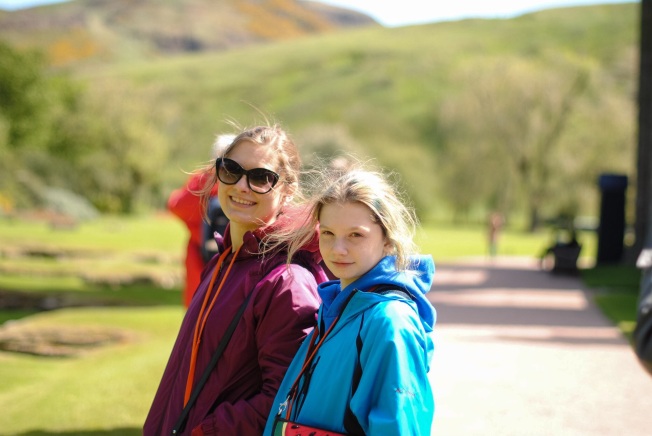 It’s hard are to take a bad picture in such a beautiful place. I’ve included this last one, though, from The Royal Mile looking out towards Holyrood (and beyond to the Firth) simply to show what Edinburgh looks like at 9 pm.  It’s about quarter to midnight now, and the sky still isn’t quite a full dark; there’s still some deep, lovely turquoise.