There have been several escapes going on here lately. Firstly, the unintended escape from this blog I apparently had!  I have no real excuse, other than it’s summer, and busy, and yet somehow lazy at the same time.

I’ve also started working very part-time for friends who opened a new business downtown. It hardly feels like work; being in a fun place with your best friends makes the time fly and feel more like you’re socializing than working. It’s my next “escape” that’s been going on: Cville Escape Room. Have you ever been to an escape room? I never had. There are three rooms so far, each with a unique, completely immersive theme. When I’m there, I’m typically greeting people and re-setting the rooms after a group has “escaped”. It has gotten me out of the house and downtown a bit, which is my favorite part of Charlottesville.

My third escape? Book club weekend in Virginia Beach! Believe it or not, my camera didn’t come out with me this time. I felt the pictures were getting redundant, and I always worry about sand and saltwater getting in it and mucking it up. But, I do wish I had captured a group image this year, because we have two new members: Victoria and Maddie. Maddie! Yes, she’s finally official, and finally legal to come with us. And I couldn’t be happier, because she’s recently made an escape of her own. She and John moved into their own place up near D.C., where they’ve both got wonderful jobs. I’m so proud of her and how far she’s come.

But what about farm life, you ask?

The garden has done quite well this year, despite the massive amounts of rain drowning everything. 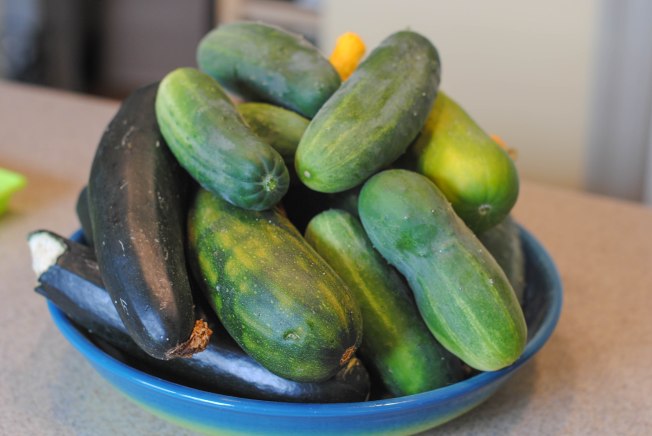 Bumper crop of cucumbers, anyone? Before the dreaded wild morning glory weeds choked them out while I was away, the cucumber plants went mad with production power. So much so, that I have more pickles than I will ever need, have been eating them daily for lunch, and didn’t care when they were finally taken over. 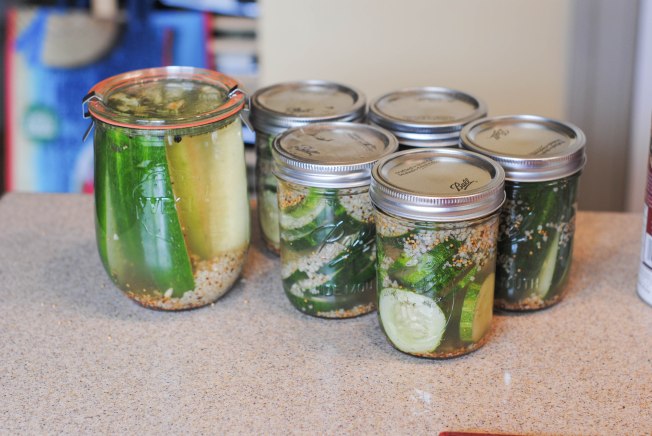 A mere fraction of what is in my fridge.

The zucchini and yellow squash didn’t fare quite as well; the squash bugs made a comeback mid-season. But, I did get enough of both to make it a success anyway.

The tomatoes have been the real disappointment. We had hundreds of fruit set on the vines and then we had several damaging issues. First, deer jumped the fence and trampled the plants, stealing many of the green tomatoes right off the vine. Then, the rain came and made the ground super soggy, causing a lot of wilt. And third, tomatoes in general are very late this year for everyone. So although I still have several healthy plants, the tomatoes are still very green and not wanting to ripen. I’ve gotten a mere handful of red ones. 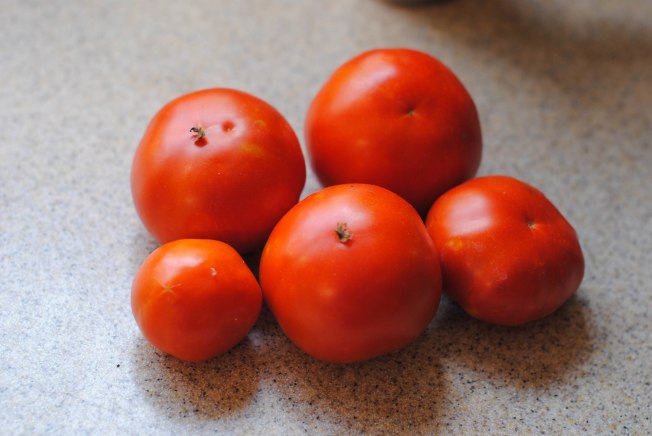 Better than nothing, right? I do still count them as a success, because I managed to do everything right: the soil, the mulch, the diatomaceous earth. If not for deer, rain, and mother nature, I’d have more than I could handle.

Then there’s the pumpkin patch. It’s gone insane. HUNDREDS of orange pumpkins. I needed the tractor to carry them all up to the house. Then I spent two damn days washing them in bleach solution to keep them preserved. In addition, I’ve pulled a dozen giant white flat pumpkins, several blue jarrahdale pumpkins, 6 big, beautiful butternut squash, and 2 giant acorn squash. The squash bugs and vine borers got to the field mid-season as well, and since the squash flowers were blooming and buzzing with pollinators, I didn’t want to treat for pests. 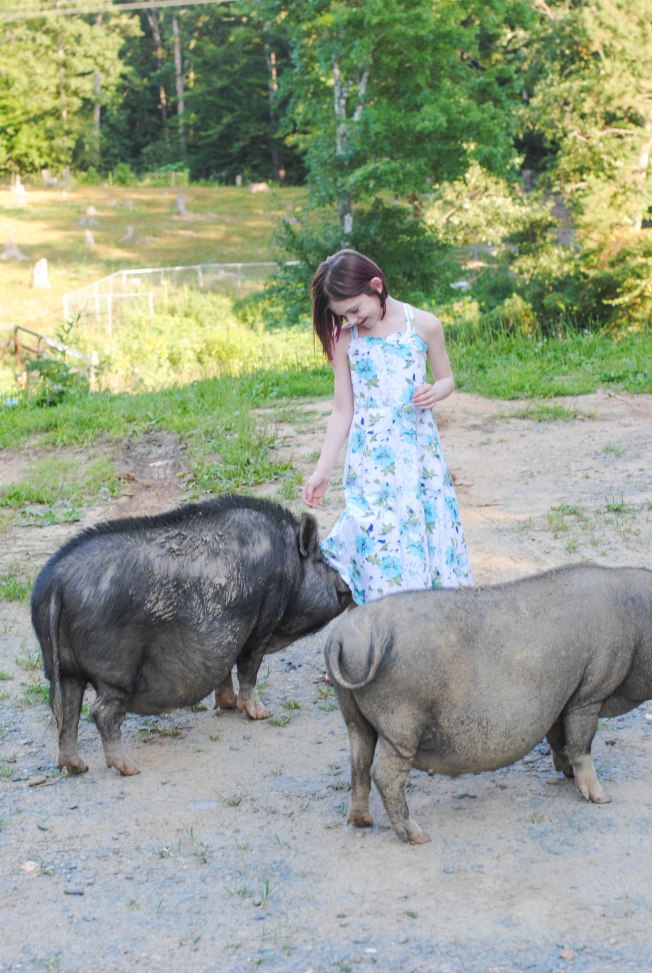 The pigs have enjoyed quite a lot of pumpkins that I couldn’t save from the bugs.

The dogs, sheep, and goats are trying their best to fend of the humidity and the flies. Despite many generous applications of fly repellent and ointments, poor Sabine’s ear is rather raw. She’s gotten squirrely on me now, and if she sees me with anything at all in my hand, she won’t let me near her. She’ll be happy once fly season is done.

Piper is recovering from getting her foot stuck in the joint of a tree trunk. She’d been stuck there all day when I found her, and it took some doing to get her freed. Her skin above her ankle tore down to the bone (it’s very thin there anyway), but she was patient as I cleaned her up and got her sewn back together. The wound itself is now cleanly healed, though she’s had some secondary swelling in her hoof off and on. She’s walking just fine again, regardless.  My main concern is flystrike for everyone, though, so we’ve been keeping a vigilant eye out. I still get no shortage of enjoyment out of seeing them out there every day, and coming to the fence to beg for treats.

And, of course, I can’t help but try to infect everyone else with my enthusiasm for my fibery babies. 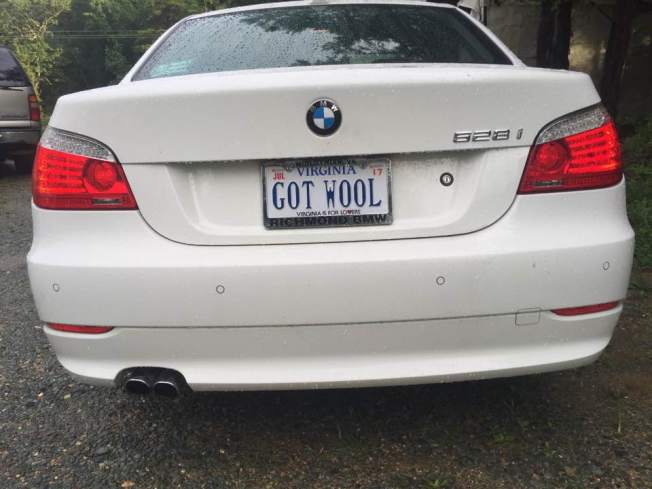