Early this morning, before the sun had risen, and the kids were still sleeping in their candy comas, Emily came and delivered a very handsome little ram.  It was too dark for pictures, so I went out a little later to check on how everyone was adjusting.

It had been maybe three hours since the new addition, but it seemed like the rest of the flock was more concerned with making sure they consumed enough hay than worrying about the intentions of the new guy.

Carina was even hoping for more grain.

He’s a rather timid, but gorgeous Blue-Faced Leicester. Timid is good; it means he won’t be aggressive, or a bully. Sometimes that happens with rams, especially if they were bottle babies. A timid but sweet ram will have nice babies. 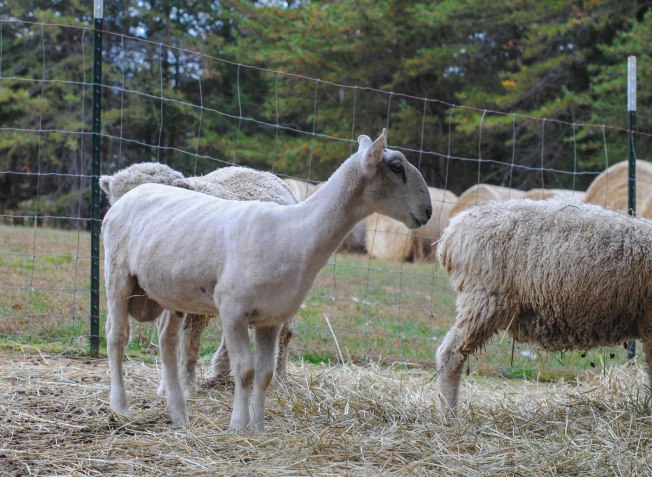 Sabine on duty. She made sure to sniff each and every inch of our new visitor before relaxing back into her spot in the hay. 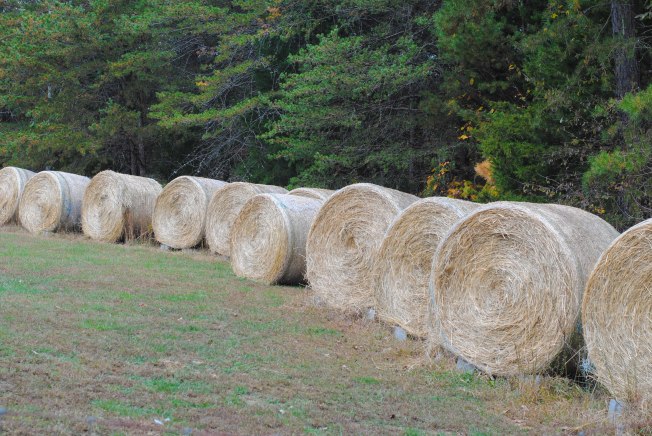 Before he arrived, we made sure we were stocked for winter. I always rest easier when I see this out front.  I’ve been giving the ewes extra grain for awhile trying to get them ready for breeding, and since I’m not putting them back on grass until spring, I love that we have a strong supply of the best hay for them.

In other news, these two have been seen together quite a lot lately. Flapjack still hangs with the pigs and takes his regular meals with them, but now Zydeco has joined them. The farmyard and its social life seem to be more complex and changeable than I previously realized.

Now everyone cross your fingers and hope our sweet temporary ram gets the job done!

One thought on “Breeding Season Begins!”