Happy Belated Halloween!  Did you all have a spooktacular weekend?  We did!

We attended our friend Elizabeth’s annual Halloween party, had a fun pumpkin carving evening with scary movies, spent the school day of Halloween watching Halloween movies, and went out into the night to gather candy with our friends Jessie and Keith and their family. I *may* have had too much Kraken rum that night.  But sea – monster themed rum seemed a perfect fit for a creepy night of fun!

There’s plenty of photographic evidence of the weekend’s festivities, but I am starting out here with the fruits of our pumpkin carving efforts. It took several hours for us all to be done, and thankfully Paul ordered pizza or we wouldn’t have had dinner until well after midnight.

Emily’s owl pumpkin.  She and Maddie decided to try patterns where much of the design is etched, rather than punched out.

Maddie’s “Flying Dutchman” ghost ship took the longest, but is very impressive.  I don’t know how she’ll manage to top it next year! 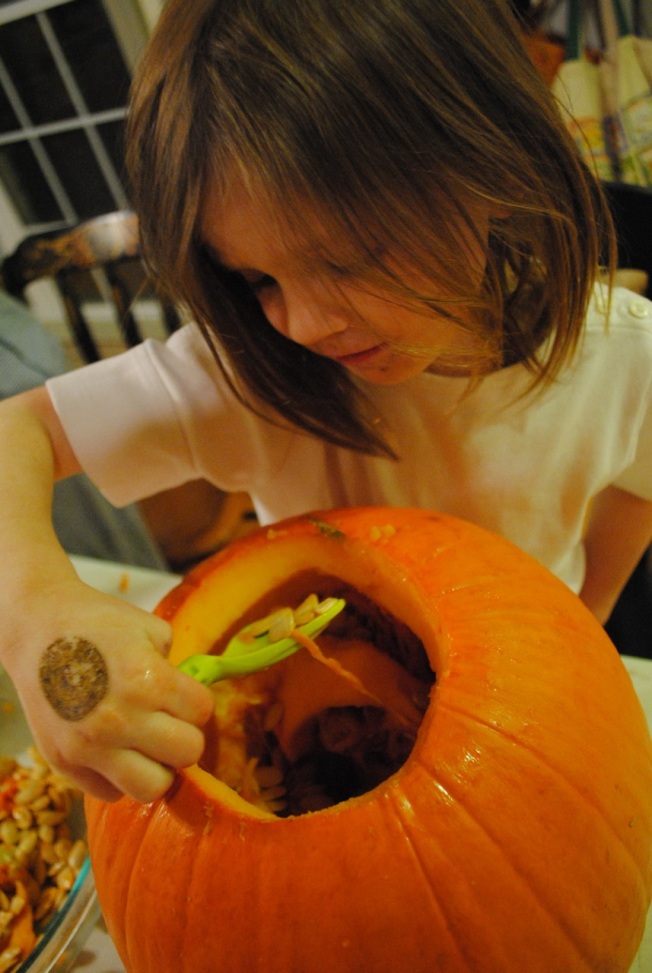 Oona did not do any carving, but she approved the pattern I used and emptied all the guts out. 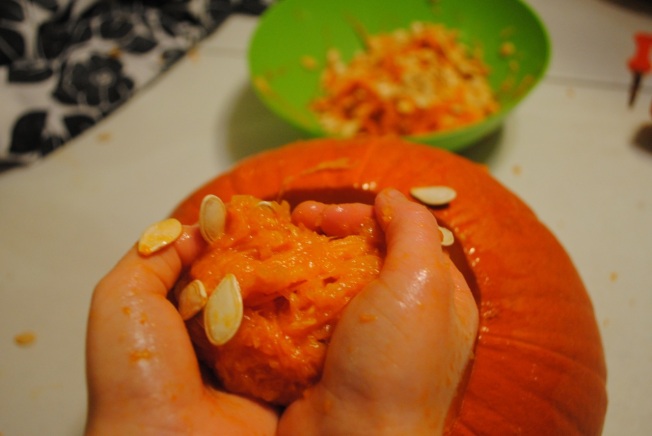 Mine and Oona’s Headless Horseman.  I am really happy with how it turned out.

Neve’s Graveyard scene.  She did all of the pattern tracing and all carving but the most delicate areas.

Paul did some of the shaded areas on the ghost ship with Maddie.

Oona and Maddie definitely engaged in some pumpkin – gut hijinks.

We set out our pumpkins Sunday night and lit them, and Monday morning found the chickens on the front porch pecking at them.  We managed to save them and keep the chicks away (mostly) for the day, but by the afternoon following Halloween they had pecked away all of the designs.  Since Halloween had passed we simply threw all of the jack o’lanterns in with all the chickens and let them eat them.  They did a fair job of it, exceeded in their efficiency only by the goats last year.

Next up: the annual Halloween party!

2 thoughts on “Halloween Hijinks, Part One”