Just as we were starting to prepare for the advent of spring, winter finally decided to give it a go.

I don’t know what our final tally is, but we’ve got A LOT of heavy, wet snow.  Perfect for snowmen.  Also perfect for collapsing roofs.

Our temporary nursery shelter was compromised by the time we got out there this morning.  Everyone was fine, but we ended up moving them into the original goat shelter we built a few years ago.  It’s not in the pasture but it’s much sturdier.

It was hard to work out in the weather because it wasn’t at all the fluffy, light snow I like.  We were all soaked through in no time, and with the power being out most of the day, we were pretty cold.    I was glad I had a fresh bale of hay delivered yesterday to keep the sheep  happy and full of food. 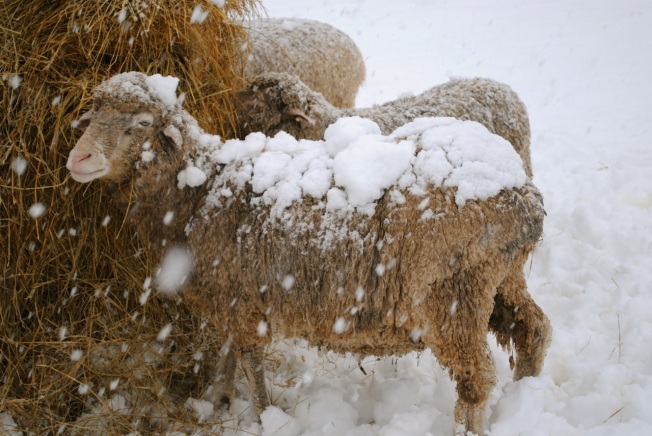 Fortunately we made it through the worst of it without anyone lambing.  Amelia’s looking suspiciously close to it, though.

Orzo was very, very unhappy when we took the goats and the babies out of the pasture.  He stood at the gate and whined and barked for awhile.  Then he stole Neve’s hat off her head and ran off with it.  Snow seems to bring out his playfulness even more.

He looks just like his father, Cini, in this picture. 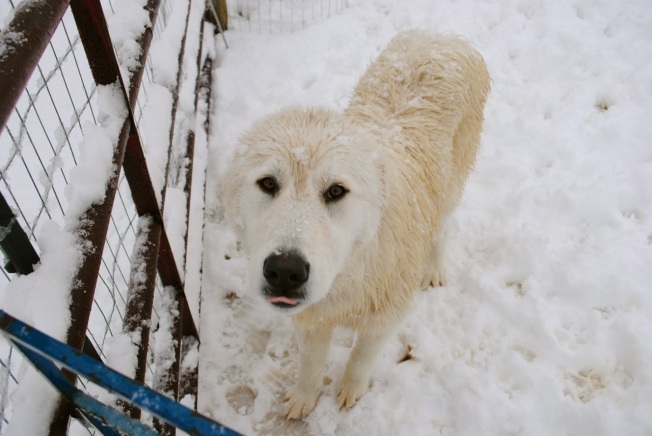 Gully was less enthused.  He had a hard time negotiating the snow, since it was deeper in places than he is tall.

But he knew how to recover from it.

I think I’ll go join him.