Have I mentioned how obsessed with Hamilton we all are around here? It’s been the only music played at home and in the cars for months now. We’ve also devoured the book, and though we haven’t actually seen the play, it feels like we know it cold.

Since my children perpetually have Halloween on the brain it was no surprise really when Neve and Oona announced they wanted to go as the Schuyler sisters this year. Since there are 3 – Peggy, Angelica, and Eliza – they insisted that I must go as Eliza. Twist my arm, why don’t you?

Oona was happy to be Peggy (I don’t know, I kind of thought no one would want poor Peggy’s part), so Neve is going as Angelica.

For me, the fun in all of this will be making the costumes. It’s been ages and ages since any of the kids wanted my help sewing their costumes. Neve wants to make hers on her own, but I will be making Oona’s and my own. 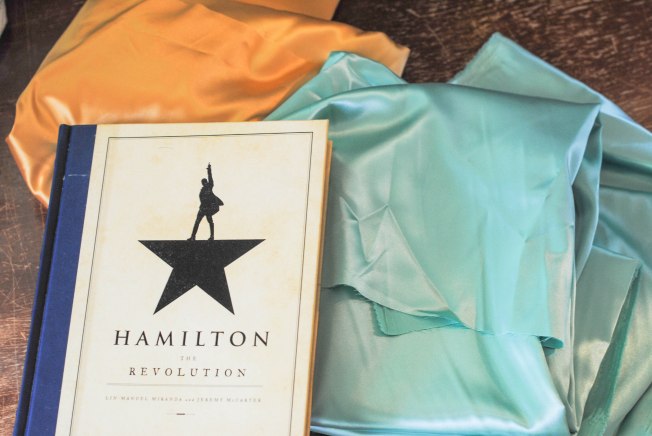 I’m looking forward to a lot of time in my craft room, working on all of the projects I’ve had in limbo. Like the Washi dress I’m halfway through.

So much sewing, so little time.

If you haven’t hopped on the Hamilton bandwagon……DO IT! Start with the soundtrack; you won’t regret it!