What have you been doing with your January?

I haven’t been as productive as I’d like, given my broken finger, but I’m doing what I can. I’m knitting quite a bit, but it’s very slow going (again, finger), and I’ve gotten very little farm work accomplished (though honestly, being that it’s winter, there’s not much to do on that front). I’ve been trying to check the ewes to see if they’re possibly bred, but I can’t catch them right now to really check.  Most times I go out there and crouch down to keep them comfortable with me out there (to observe what I can), and I have to leave after a few minutes because the goats seem to think I’m a climbable object.

As for Orzo, he’s adapting to being inside. It’s become abundantly clear that he is Paul’s dog. Figures! 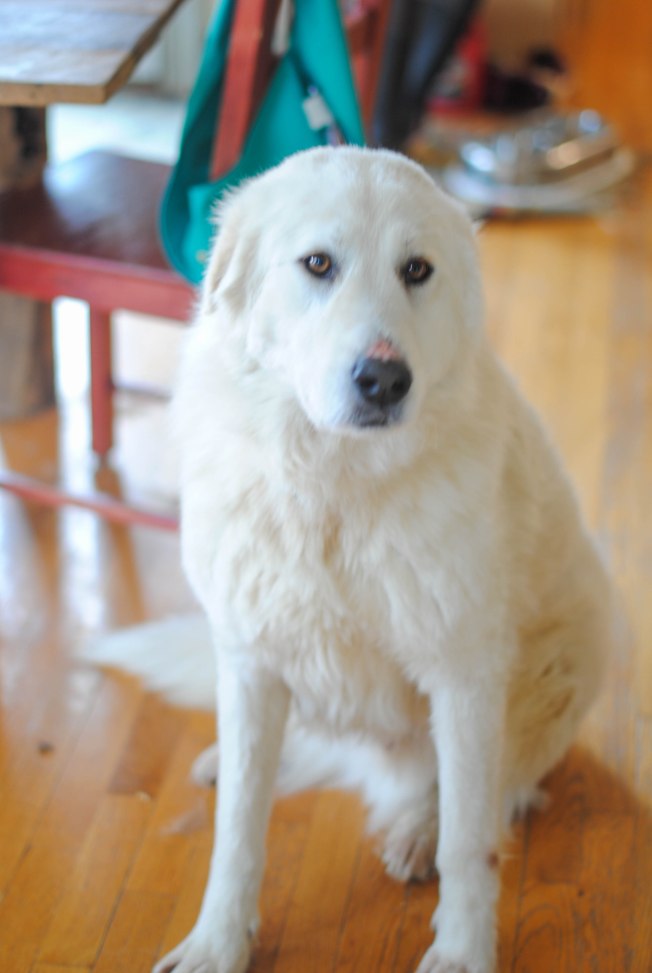 And I apologize for the blurry photo, but he absolutely refuses to sit still once he sees the camera out. 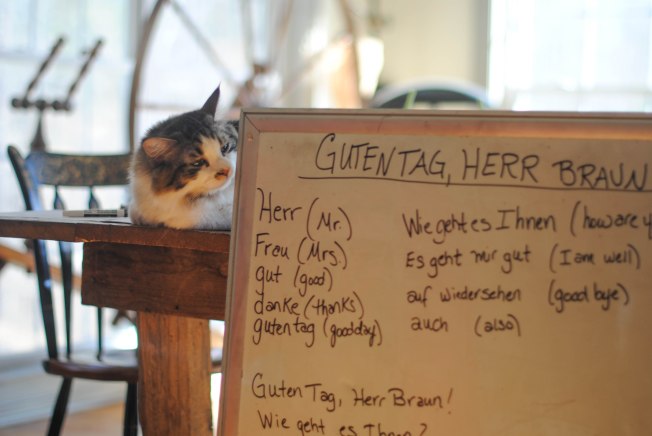 School is continuing along, seemingly at a snail’s pace. The cats have made quite a distraction of themselves lately, stretching out all over the table in the sun while we are trying to work.

Oona has been focused on the Harry Potter series. And when I say focused, I mean obsessed.  She’s halfway through book 4, and she’s watched all of the movies, at least 3 times. We signed her up with a Pottermore account, and she was sorted in Slytherin House. When she seemed puzzled about that, I explained that, when given a choice between love, family, home, etc, she chose power. Of COURSE she’s a Slytherin! 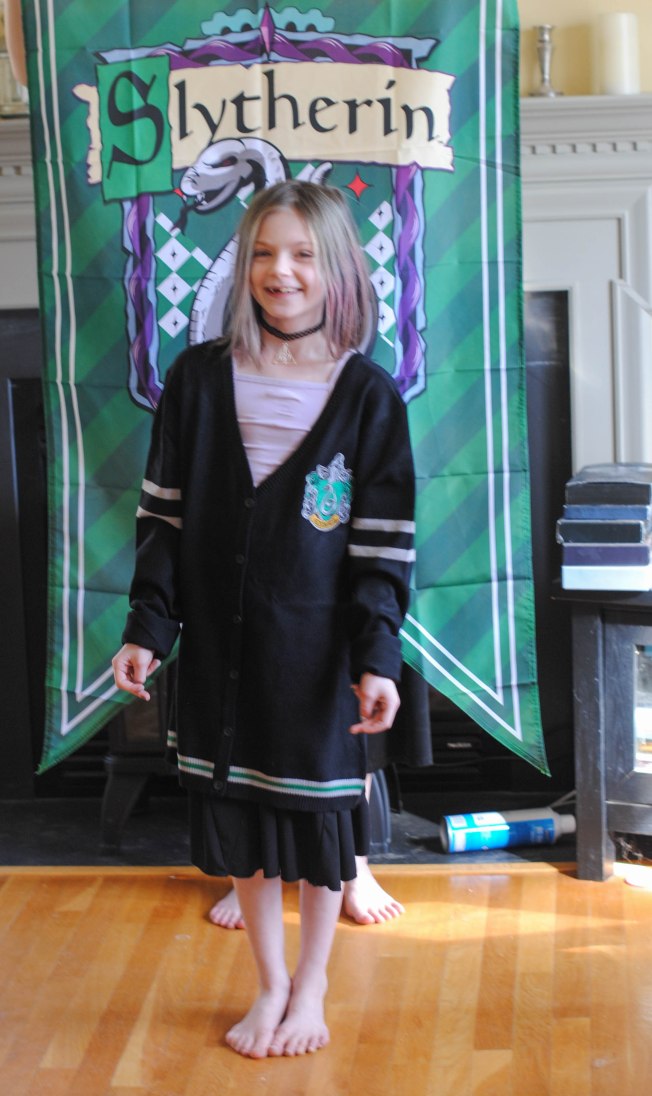 She’s embraced it fully, using all of her christmas money for Slytherin regalia. 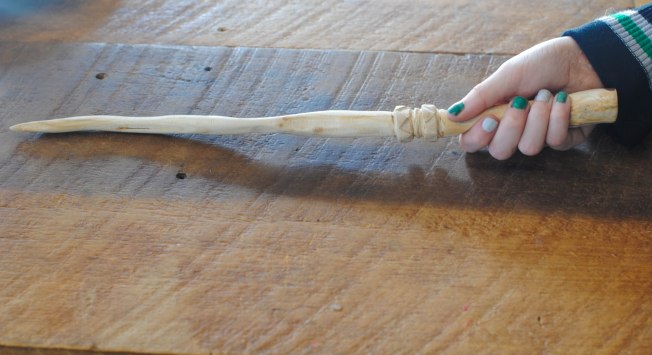 She and Paul spent last weekend working on carving a wand for her.  All it needs is some varnish. 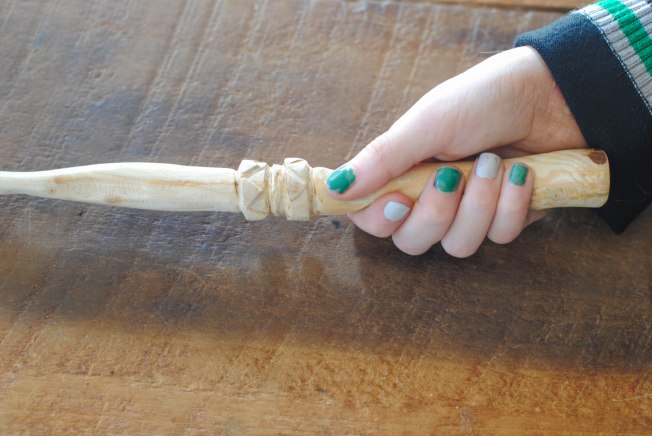 It fits her hand perfectly.

While she has been working on crafting Slytherin items, I’ve been working on making hats. Slowly, but surely, enough for each of us will be complete. I know I could be actually finishing up my sweater (I’m stuck on sleeve island, as my friend Tanya would say), but this feels more important. 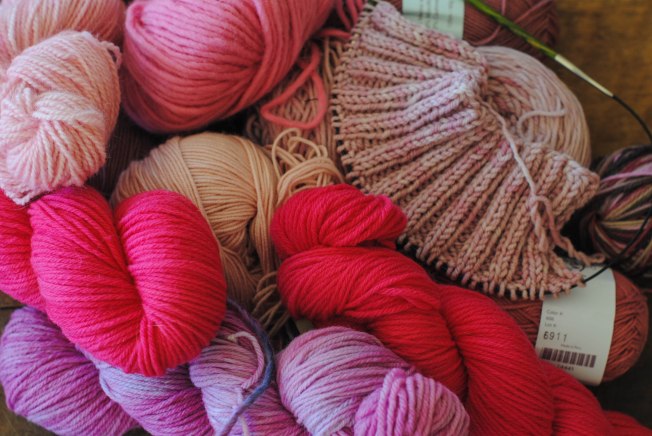 I’m hoping things will be calm enough at home the next few weeks that I can spend all my time working through my yarn stash.

A good snowstorm would help with that! Hint, hint, Mother Nature!