A few days ago Paul borrowed the neighbor’s lawn mower because ours had broken and the grass was getting obscenely high.  It took him awhile to take care of all of it, but thankfully he was going slower than normal because trudging through the high grass, oblivious to the dangerous mower coming at him was this guy:

I was out at the store at the time, so when Neve said she was going to clean out the old aquarium to make a home for her new “pet”, Paul saw no reason to argue. He still had half a lawn to mow. 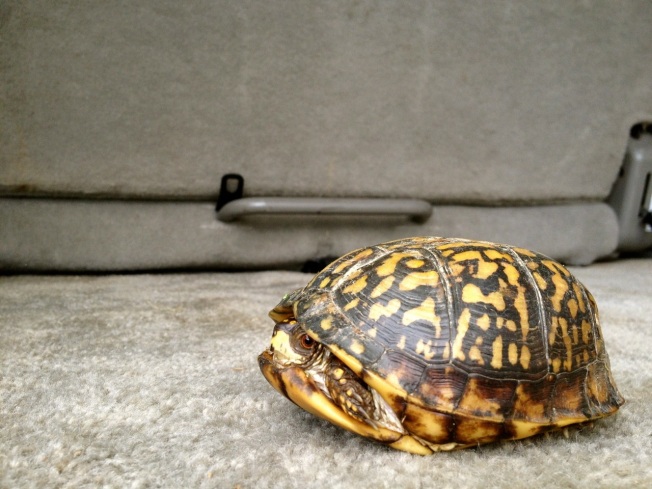 When I got home I explained to the kids that although they are very cute and friendly, these little guys don’t make great pets.  They don’t live as long in captivity, and since he was used to being in the wild, he’d be happier staying there.  I told them about the turtle my brother had as a kid that starved itself to death.  They didn’t want this little guy to be unhappy.

They did enjoy the few hours they had with Mr. Turtle before he was set loose in my garden.  We haven’t seen him since; he’s probably continued on his way to wherever it was he was going when we found him.

He was awfully cute, though!